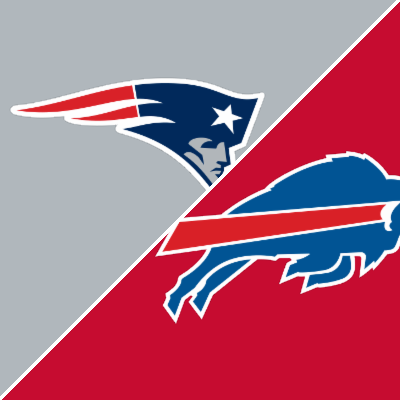 Two old AFC East foes face off for a third time this season when the Bills host the Patriots in the AFC Wild Card round.

The Bills are a 4-point home favorite in this game with the total sitting at 44. The public has backed the Pats in this one, as they opened as a 4-5-point underdog and as of Wednesday are a 4-point dog.

This is the third meeting between these teams. The Patriots beat the Bills in Buffalo in terrible weather while in the last game in New England in Week 16 the Bills beat the Pats 33-21.

The Patriots limp into the playoffs losing three of their last four games. In their last game they lost to the Miami Dolphins 33-24 and the defense for the team struggled down the stretch.

The Bills won their last four games of the season and the finale they beat the New York Jets 27-10.

Hard to believe that this is the first time in 58 years that these division rivals have faced off in the playoffs.

The Underdog is 5-1-1 ATS in the last seven games between these teams.

Get the Defense Right

Not only did the defense struggle in the three losses in the last four games but so did rookie QB Mac Jones (3,801 22 TD 13 INT) in those three losses he only had three TD and was picked off five times. In the win over the Bills in the middle of the season in bad weather he only had three passes but late in the season in the home loss to them he was only 14-32 for 145 yards with no TD and two INT.

Damien Harris (929 yards 15 TD) rushed for over 100 yards in both games facing Buffalo this season but has been hampered by a hamstring injury and in the last two games has only rushed for 72 yards. He is listed as questionable but should go in this game but if he is not 100% it will be a big blow for New England.

Jones does not have a great WR corps but Jakobi Meyers and Kendrick Bourne each had at least 800 receiving yards this season.

The Buffalo defense ranks first in the NFL only giving up an average of 17 ppg. They also rank first in the league in pass defense and 13th in run defense.

Good weather in January in Buffalo is a rare occurrence but the Bills are hoping it is not too bad. It will be cold but the wind is the major factor and it was very windy in the loss at home to the Pats this season where Josh Allen and the passing game was neutralized.

Allen had a solid season passing for 4,407 yards with 36 TD and 15 INT and in the Week 16 games facing the Pats on the road passed for 314 yards with three TD and was not picked off. His offensive line has been great in the last three games not surrendering a single sack.

Devin Singletary (870 yards 7 TD) ended the season well rushing for 198 yards in the last two games. However, he struggled in the two games facing the Pats totaling 75 yards where in each game he averaged less than four yards per carry. Allen has 763 rushing yards and has 144 in the last two games. However, his rushes are predicated on the pass game first and if the weather is very bad it may be bad news for the Bills.

The Pats defense struggled in the three losses in the last four games but on the season, they rank second in the NFL against the pass and 22nd against the run.

Tough call, as the weather will be a big factor in this game. Still, while it will be cold it will not have blustery wind like when the Bills lost to the Pats where the pass game was shut down. I look for Allen to step up in this playoff game and get it done with his arm and legs. On the other side of the coin, I look for Jones to continue to struggle. Buffalo will get the win in this game and cover the spread behind a strong showing from Allen and the Bills’ defense.