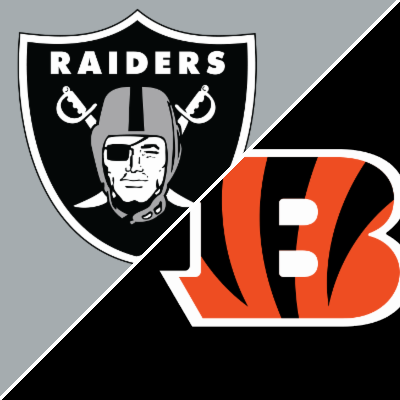 In the AFC Wild Card round the AFC North champion Bengals play host to the streaking Raiders.

The oddsmakers have the Bengals as a 5.5-point favorite in this game with the total sitting at 49. The public has backed Las Vegas in this game, as they opened as a 6.5-point underdog and as of Wednesday are a 5.5-point dog.

These teams met early in the second half of the season in Las Vegas where the Bengals crushed the Raiders 32-13.

The Raiders won their last four games to punch their ticket to the playoffs and in their season finale were at home and beat the L.A. Chargers 35-32 in OT. While the team is on fire winners of four in a row none of the teams they beat made the playoffs.

The Bengals had won four in a row before losing their last game 21-16 against the Cleveland Browns where Joe Burrow did not play. He will play in this game and leads a Cincy team that ranks seventh in the NFL in both passing yards per game and points per game.

The Bengals have covered the spread in their last five games facing the Raiders.

The Raiders had a tumultuous season with all the off-the field issues but ended the season on fire to make the playoffs.

Derek Carr finished the season with the fifth most passing yards in the league and while he had five picks in four games, he did not have one in the win over the Chargers.

WQR Hunter Renfroe eclipsed 1,000 receiving yards on the season (1,038 yards) and the team is hoping star TE Darren Waller can play, as he is listed as questionable and has been limited at practice this week.

Josh Jacobs rushed for 872 yards on the season and he has rushed for at least 129 yards in two of the last three games.

Jacobs has his work cut out for him facing a Bengals run defense that ranks fifth in the league. However, their pass defense only ranks 26th and Carr will look to take advantage of that.

Cincy Has the Weapons

The Bengals’ offense was legit this season since they have some big weapons on that side of the ball.

Burrow (4,611 yards 34 TD 11 INT) did not play in the last game but in the last two he has played in he passed for four TD and no INT in each. He has a great WR duo in Ja’MarrChase, who ranked fourth in the league in receiving yards, and Tre Higgins, who each eclipsed 1,000 receiving yards.

Joe Mixon ended the season with the third most rushing yards (1,205) and he rushed for 123 yards in the earlier season win over the Raiders.

The Raiders made an improbable run to make the playoffs but can they beat a legit team on the road that they lost to badly at home earlier this season? Tough call. I think the Raiders will ride the momentum and play well on the offensive side of the football. However, they will not be able to contain Burrow and company. Still, I look for a close one in Cincy this Saturday and while Las Vegas may not win they will put up a fight and cover the spread.