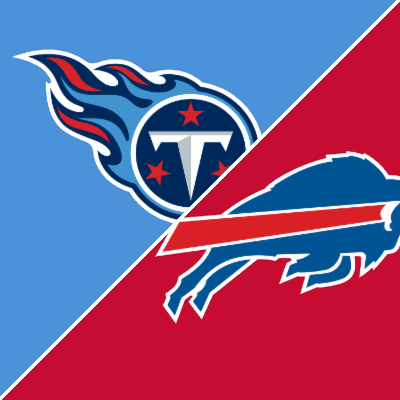 The Titans were upset at home in their season opener and head to northern New York to take on a Bills team that was more than impressive in the NFL season opener.

No surprise the Bills are a 9.5-point favorite in this AFC game and the total sits at 48.5. While the total has gone down 1.5 points since opening the line is the same as of Friday.

Last season at home the Titans beat the Bills 34-31.

In the 21-20 loss to the Giants last week the Titans shut out the Giants in the first half but gave up 21 points in the second half. They scored a TD to go up seven with less than three minutes but gave up a TD and a two-point conversion with just over a minute remaining.

The Titans need to shore up their run defense, which was shredded in the loss to the Giants giving up 238 rushing yards.

Ryan Tannehill had a solid game in the loss passing for 266 yards with a TD and no INT and was only sacked once. He spread the wealth with three Tennessee players having at least 55 receiving yards.

Derrick Henry had a subpar game, for him, with 82 ushing yards and he only averaged 3.9 yards per rush. He has to do much better in this game but that is a tall task facing a Buffalo run defense that only gave up 52 rushing yards in their opening win over the Rams.

Impressive Despite the Turnovers

The 31-10 win over the Rams in the NFL opener was impressive to say the least and the Bills won easily despite turning the ball over four times. Buffalo did force three turnovers and they outgained L.A. 413 yards to 243 yards.

Josh Allen passed for nearly 300 yards with three TD and also led the Bills with 56 rushing yards but he was picked off twice. Devin Singletary rushed for 48 yards averaging six yards per carry and Stefon Diggs led the way with 122 receiving yards with a TD.

Besides holding the Rams to only 52 yards their pass defense killed it with seven sacks. Von Miller had two sacks and Jordan Phillips and AJ Epenesa each had 1.5 sacks. The Titans only gave up one sack facing the Giants, but they are not a team with a good pass rush while that is not the case for Buffalo.

The Bills turned the ball over three times and still crushed a Rams team that won the Super Bowl last season. Allen was solid and the defense was great. The recipe for Tennessee’s success is riding Henry and Tannehill helping out with some plays under center. That did not happen last week and it will not happen Monday night. Buffalo will pressure Tannehill often and they will keep Henry from having a big game. Allen and the Bills offense will play well and will have a big scoring game, as they will cut down on the turnovers. There is a reason Buffalo is the favorite to win the Super Bowl this season and they will show that Monday. The Bills will kill it on both sides of the ball and even giving 9.5 points they will cover.