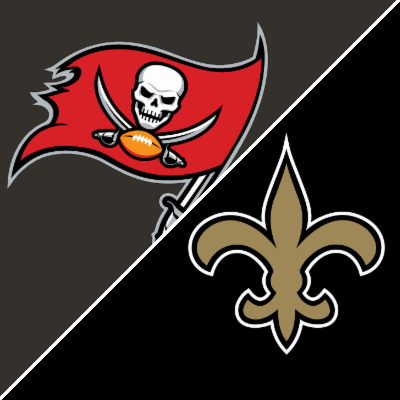 The Saints and Buccaneers both won their season openers and each look to get a head up in the NFC South. Last season the Bucs lost both of their games facing the Saints.

The Bucs are a 2.5-point road favorite in this division game with the total sitting at 44.5. The public has been betting on the Saints, as they opened as a 3-point underdog and as of Thursday are a 2.5-point dog.

In the season opening win over the Cowboys in the Big D the Bucs defense played great holding America’s Team to 244 total yards and only 71 rushing yards.

Tom Brady was ok in the opener passing for 212 yards with a TD and an INT and he was only sacked twice. Mike Evans and Julio Jones combined for 140 receiving yards and Evans pulled in a TD.

One player the Falcons really have to worry about is Tampa RB Leonard Fournette, who was a bulldozer in the opening game rushing for 127 yards averaging six yards per carry. Look for the back to get a lot of touches in this game facing an Atlanta run defense that gave up 201 rushing yards in their last game.

In their 27-16 win over the Falcons the Saints came back from a 16-point fourth quarter deficit and Wil Lutz nailed a 51-yard field goal with 19 seconds remaining to seal the win.

New Orleans had fewer yards in the win over the Falcons but outscored them 17-3 in the fourth quarter and they forced two turnovers.

Jameis Winston passed for 269 yards in the opener with two TD and no INT and he did not look great until late when he guided New Orleans to a couple of late TDs to get back in the game. He is dealing with a back injury and was limited at practice Thursday. He should go facing the Bucs but if he cannot veteran Andy Dalton will get the call under center.

Not only were the Saints happy Winston is back from his knee injury, which cost home most of last season, but Michael Thomas is finally healthy and the former All Pro had 57 receiving yards and two TD. Newcomer Jarvis Landry had 114 yards and Taysom Hill rushed for 81 yards to lead the team. Alvin Kamara was not a big factor rushing for 39 yards and catching one pass for seven yards.

The Bucs were great against the run last season but lousy against the pass. They stuffed the run in the season opener and only gave up 173 passing yards. Tampa Bay has to be balanced on D against a Saints team that has a lot of weapons.

7-3 ATS vs. a team with a winning record

4-9 ATS vs. a team with a winning record

The Bucs lost both games facing the Saints last season and in their last eight games facing them have failed to cover the spread seven times. On top of that the underdog has covered in the last four games between these division rivals. Well, throw all of those trends out the window. The Saints did win last week but they did not look good until the fourth quarter. They will struggle against the run again and Brady will make some plays. Winston will play and keep it close but Tampa Bay will win in the Big Easy and cover the spread giving 2.5 points.