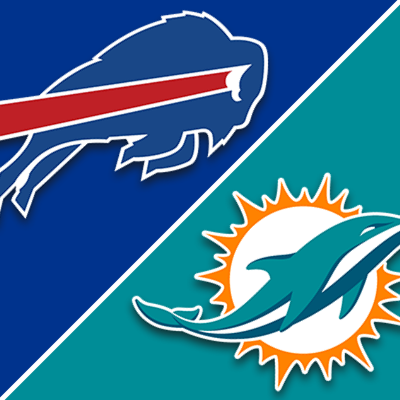 The Buffalo Bills will host the Miami Dolphins on Sunday afternoon in what will be the first game of a triple header. The game kicks off at 1:05 PM EST with the Bills favored by 13 and a total of 43.5.

In what is a very mediocre weekend in terms of these Wild Card matchups, this game unfortunately may be the worst. If you went back to that Dolphins/Bills game back in December, in the snow, and said this will be your wild card matchup you may have taken it. But a lot has changed.

Tua Tagovailoa was ruled out due to concussion protocol and most people are glad for the kids safety. Unfortunately Teddy Bridgewater is also listed as questionable which means the game would be Skylar Thompsons. We shall see.

Either way the Dolphins aren’t the same without Tua. This Dolphins team limped down the stretch losing 5 straight before barely beating the Jets 11-6 to get into the playoffs in the last week of the regular season.

Here is a look at the Dolphins yards per point numbers over the last 7 weeks.

Those are some terrible numbers. Especially on defense considering they have to take on the Bills offense. The Dolphins are one of only two teams in the playoffs with a negative yards per point differential, the other being Tampa Bay.

Here are the Bills yards per point numbers over the  last 7 weeks.

Those numbers are much more playoff like especially on offense. But we all know the Bills are among the cream of the crop this year.

The general consensus is that Miami has no chance this week. That would appear to be the case however be careful. Last week was an incredibly emotional game for the Bills. That could set up a flat spot this week against a team everyone feels they should steam roll. This is the NFL, not pop warner. Don’t be surprised if Miami shows up and gives the Bills a game.

Some of that data is with Tua and some is without. At this point we don’t even know for sure if Bridgewater will play.

The more this line continues to rise, the more value there is with Miami (obviously). At +14 we’ll make a very small play on the Dolphins. Partly just to go against the grain. But at the same time, a letdown isn’t out of the question after all this Bills team has been through.

These are professionals. It takes more than a QB to play a competitive game. A Dolphins team with nothing to lose could be dangerous.