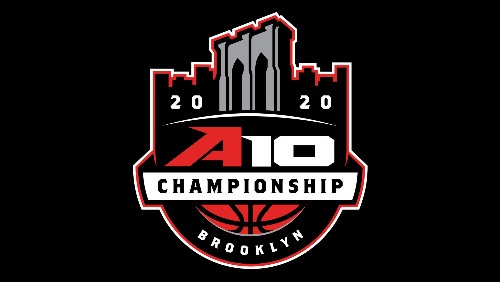 DAYTON
Record: 29-2, 18-0
Winning the Atlantic 10 tournament has a lot of implications for Dayton, mainly that it could grab a 1-seed in the NCAA tournament if it wins. The Flyers have yet to lose in conference play and their only two losses came at a neutral site in overtime.

It’ll be hard to bet against them in this tournament because not only have they dominated everyone in the A-10, but they have something to play for. Getting a 1-seed would be huge for the school and something never envisioned.

While they’ve had some close calls, they’ve beaten all of the other top teams on the road, which is a good enough reason to take them to win three games in three days.

The quarterfinals look like a freebie on the surface, but VCU was projected to be one of the better teams in the conference before the season. Despite closing the year on a poor note, the Rams are still a relevant team and can’t be overlooked.

Then again, you’ll still have to pick someone to win the tournament if you think Dayton is going to be upset in the quarters. From there, the Flyers will get another test from Saint Louis or St. Bonaventure, with the Billikens being the bigger task. Dayton needed overtime to win at Saint Louis earlier in the season.

RICHMOND
Record: 24-7, 14-4
The Spiders closed the season with nine wins in 10 games, but their road to the title game won’t be easy. Davidson, a possible quarterfinals opponent, is another team with talent that hasn’t put things together this season.

As for the likely semifinals matchup, Richmond beat Rhode Island on the road, but that was early January. The Spiders are all about tempo and they rate well on both ends of the court, aided by a balanced core of scoring and the most-efficient defense in the conference.

The path isn’t easy, but they’re playing the best basketball in the bottom of the bracket and will probably give Dayton their toughest test.

RHODE ISLAND
Record: 21-9, 13-5
The big thing going for the Rams is that they probably have an easier quarterfinals matchup than the top two seeds. Duquesne is having a good season, but they still aren’t a major threat to make a run in this tournament.

Rhode Island should have no issues in that matchup after winning their lone meeting by 22 points. The big game will be in the semifinals, assuming Richmond also makes it. The Rams have a talented, experienced squad led by Fatts Russell, but they haven’t been able to get to another level this year, often losing to the best teams on the schedule.

Plus, they just lost by 27 points at home to Dayton, which may be the best reason not to pick them to win this tournament.

SAINT LOUIS
Record: 23-8, 12-6
The problem with betting the Billikens is that they’re in the top of the bracket. In addition to having to get past Dayton, they’ll then likely have to beat RIU or Richmond.

While winning those games is possible, winning them on back-to-back days is a bit of a stretch. Saint Louis is another experienced squad that leads the A-10 in rebounding on both ends of the court, but to win this tourney they’ll need to hit some shots, which isn’t their strong suit.

In fact, SLU attempts threes at one of the lowest rates in the country. While that kept them competitive with Dayton, it didn’t get them wins.

There are some good teams outside of the top four, but Davidson may be the only reasonable sleeper pick and even then they’ll likely have to go through the top three seeds to win the Championship.

You could take a chance with one of the top seeds in the bottom of the bracket, but the smart money is on Dayton despite being a large favorite. Led by a nice core of players featuring Obi Toppin, the Flyers have coasted through the conference this season and that’s a good bet to happen in the tournament.