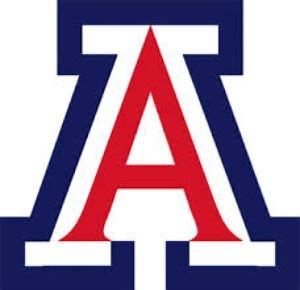 Intriguing matchup in the first round of the Pac 12 tournament, as Washington finished in the basement of the conference this season, but they finished well and beat Arizona in their season finale.

You would think with 20 wins Arizona would be a lock for the Big Dance. That is not the case, as they only finished 10-8 and tied for fourth place in the Pac 12, which had a down year with only one team in Oregon finishing the regular season ranked in the top 25. On top of that, the Wildcats ended the regular season struggling losing four of their last five games.

Arizona beat Washington on the road in the middle of the conference season but lost to them at home 69-63 in their season finale.

Washington finished in the basement of the Pac 12, but they won three of their last four games including their last two.

At neutral site games, this season Arizona is 3-1 and Washington is 2-2.

Washington hopes to carry their momentum for their late-season surge in this Pac 12 tourney opener. In their 69-63 road win over Arizona in the season finale, The Huskies outscored the Wildcats by 13 points in the first half and for the game, they shot 42.9% from the floor and held them to 35.1% shooting.

In the win over Zona Jaden McDaniels came off the bench to lead the Huskies with 20 points and Isaiah Stewart had 16 points and seven rebounds.

Stewart (16.6 ppg 8.7 rpg) leads Washington in scoring and rebounding and he had gone for two straight double-doubles before failing to nab one in his last game with seven boards. McDaniels (13.1 ppg 5.8 rpg) is the season leading scorer and one of four UW players averaging in double figures and he averaged 18.3 ppg and 6 rpg over his last three games.

The Huskies are led by their defense and are not a high scoring team averaging 70.6 ppg. However, they did average 83.7 ppg in three games before scoring 69 in their win over Arizona in their last game.

Getting Off the Bubble

Even at 20 wins Arizona may need a strong Pac 12 tourney to get off the Big Dance bubble. The team lost four of their last five games. While the Wildcats had a legit offense on the season in their last three losses they only averaged 58.3 ppg.

In their loss to Washington in their season finale where they struggled with their shot Dylan Smith went for 19 points, which more than doubled his season averaged of 8.5 ppg. He had only totaled 12 points in his previous three games.

Washington has covered the spread in three of their last four games including their last two. On the other side of the coin, Arizona has failed to cover in four of their last five games.

Washington comes into this game with confidence and with good reason finished well and beating Zona in their house in the season finale. However, the Wildcats will regroup in this game and shoot the rock better, as they know their season is on the line. Arizona will win and cover and move closer to getting off the Big Dance bubble.