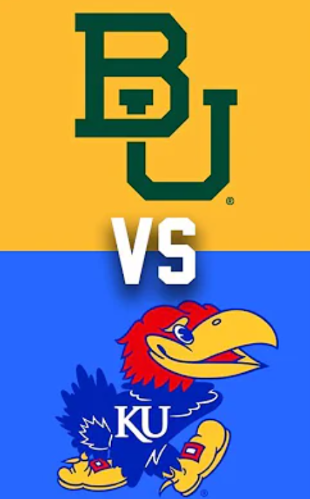 Including this one, Baylor has four more games left on its schedule compared to this being the last of the regular season (for now) for Kansas. It’s weird, but that’s what happens in a pandemic-filled season in which the Bears just got out of a 21-day hiatus.

Baylor is undoubtedly the better team, but after showing a bit of rust on Tuesday in its first game back, this game could present some problems. The Bears simply weren’t at their best in a nail-biting five-point win against Iowa State.

They gave up 10 threes and without the help of Adam Flagler off the bench, scoring 22 points, they would’ve lost against one of the worst teams in the Big 12. Now the question is how much to put into that game with how they’ve looked the rest of the season.

The other problem is that Kansas is playing maybe its best basketball of the season and is home for this game. While the Jayhawks lost in overtime to Texas on Tuesday, they won their prior five games and have lost at home just once this season, which was back on Jan. 2.

Combine the Baylor hiatus with the recent play of Kansas and it being in Lawrence, this is a great spot for the Jayhawks.

The main thing for the Jayhawks is that they’re getting balanced, consistent production from every starter. Jalen Wilson had a bit of a freshman bump earlier, but he’s been on a tear and averaging 12.8 points and 8.2 boards for the season.

Combined with David McCormack, averaging 13 points and six boards, and the Kansas frontcourt is pretty good, even in what’s being labeled a down season. The backcourt keeps things working with Ochai Agbaji, Marcus Garrett and Christian Braun all lockdown defenders and able to hit shots.

While they usually don’t all have good games at the same time, that’s not needed when the two bigs are scoring more than 10 points every game.

KU’s defense has also improved immensely in recent weeks and actually ranks 10th in the country in terms of adjusted efficiency. That could be what gets them the win in this matchup against what could still be a rusty Baylor team.

Of course, the Bears have yet to lose this season and rank in the top 10 in the country in offensive and defensive efficiency, but that game against Iowa State can’t be overlooked.

Backup big man Jonathan Tchamwa Tchatchoua missed that game and is unlikely for this one, which doesn’t help in limiting McCormack and Wilson, after they held those two to a combined 10 points in the first game, a 77-69 Baylor win that was never in doubt.

Rust or not, the Bears are full of talented upperclassmen who are good on both ends of the court. Jared Butler is the main player to worry about after he scored 30 points in the first meeting, hitting 7-of-9 threes to go with eight assists.

Since that probably won’t happen again, everyone else will have to step up for the Bears with MaCio Teague and Davion Mitchell next on the team in terms of scoring, both averaging more than 13 points per game.

Still, Baylor’s success is all about defense and depth. Butler is one of the best players in the country, but he’s surrounded by three other regulars who hit more than 40% of their threes, an area KU has struggled this season.

There isn’t one matchup that stands out in this game, but as seen in that first meeting, Baylor is the better overall team and has the best player in Butler.

That may be enough to bet the Bears, but considering their recent break with the improved play of Jalen Wilson and there’s a real chance for an upset for the Jayhawks. It hasn’t been easy betting against Baylor this season, but this may be the spot to do it.