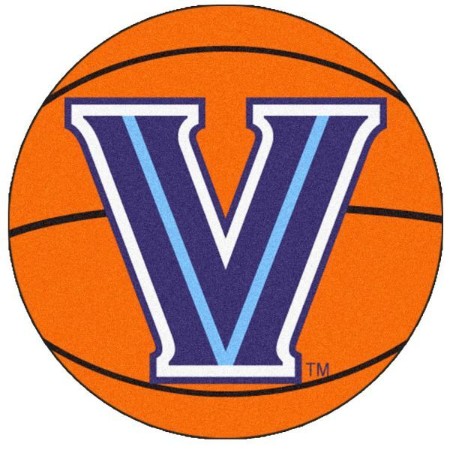 Winthrop will likely be the most popular 12-seed over 5-seed upset in the first round and it’s mostly because of the opponent. Villanova has lost both games without point guard Collin Gillespie, who won’t be playing in this tournament.

The Wildcats are about 10 points better according to some metrics, but the spread was around six and seven points early in the week.

Villanova still has tons of talent, but when you don’t have a four-year senior at point guard, things start to fall apart. Of note, they lost in the Big East tournament by one point to Georgetown, who seemed to be a team of destiny.

Maybe the most surprising part to that game was that Chris Arcidiacono played 34 minutes (and took two field goals) despite averaging 7.6 minutes per game for the season.

If that happens going forward, they’re basically starting someone who isn’t an offensive threat. The same goes for Brandon Slater, who was 0-for-5 from the field in 31 minutes against Georgetown.

Still, the Wildcats have the best player in the game in Jeremiah Robinson-Earl, who is set for a huge outing because Winthrop loves to run. Robinson-Earl leads the team with 15.7 points and 8.3 boards per game, and he may run the offense a little more due to the absence of Gillespie.

Justin Moore and Jermaine Samuels are the others who could easily go for 20 points. Samuels took 11 threes in the loss to the Hoyas, while Moore is another week removed from an ankle injury he picked up Mar. 6. It’d be nice if Caleb Daniels came into a bigger role, but he’s oddly played less since Gillespie’s injury.

Winthrop has a lot of great numbers, but dominating the Big South can only go so far. The Eagles are 23-1, but their toughest game of the season may have been the opener against UNC Greensboro, who is a 13-seed.

Otherwise, there isn’t much on the schedule, which makes this a harder game to project. They weren’t as good last season, but they played a similar style and had a lot of the same guys. In non-conference play, they lost by 13 points to Duke and 10 points at TCU.

The most relevant thing is that they didn’t get blown out, which is an important stat even if you don’t think they’ll win straight up. Helping even more in this matchup, the Eagles force turnovers on more than 20 percent of defensive possessions, meaning that could cause trouble for a team without its point guard.

Villanova has a solid defense, but again, without Gillespie to stop the opposing point guard, it remains unclear how good they are.

Outside of Vaudrin, it’s a mix of guys, with 11 players in total averaging at least 10 minutes per game, something you don’t see in a bigger conference. Josh Corbin and Charles Falden are the main shooters, but almost everyone on the roster is willing to shoot.

The bigger question is how Winthrop defends Robinson-Earl because their main big, DJ Burns, comes in at 275 pounds and probably doesn’t have the athleticism to keep up. That’ll likely force the shorter Kelton Talford or Adonis Arms into more defensive work in a tough spot.

Winthrop is an upset favorite, but they won’t have anyone to stop Robinson-Earl, who could be in play for a triple-double given that the Eagles play at one of the faster paces in the country.

It remains to be seen if Villanova can win without Gillespie, but against a smaller team that likes to run, they should have a couple advantages due to the level of skill at their disposal between Robinson-Earl, Samuels and Moore.