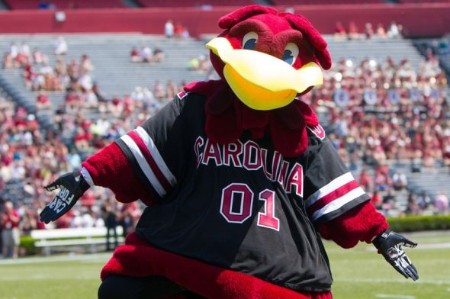 This game could’ve been more exciting, but then Appalachian State slipped up and lost its undefeated record last week. Instead, there are almost no implications outside of a smaller school beating a bigger one. The bigger school is expected to win as the Gamecocks were -6 point home favorites with an over/under of 51 a couple days before the game.

Appalachian State already won at UNC so stealing another win against a Carolina school wouldn’t be surprising. You can chalk up their only loss to playing a triple-option team and that’s not something South Carolina is going to do.

SC beat Georgia, but it’s otherwise been mediocre as seen in its losing record with losses at home to UNC, as well as at Tennessee more recently.

The reason to take the Mountaineers is because they’ve been able to score on everyone this year, UNC included. They only lost last week because their defense was on the field the majority of the game. The Gamecocks don’t do anything overly well defensively and only have good numbers because of big performances against UK and Vandy.

App. State is a run-first team behind Darrynton Evans, who is averaging 5.6 yards per carry for 10 touchdowns. Even quarterback Zac Thomas can move the chains with his legs with 375 rushing yards on 7.8 ypc if you remove the 11 sacks.

As a team, they’re averaging more than five yards per carry and ran for 161 yards in the win at UNC earlier in the season. Thomas doesn’t have huge numbers through the air, but he’s safe with the ball with 14 touchdowns and three interceptions. To cover this game, he can’t turn it over and that’s been the main reason the Mountaineers have been covering.

However, they aren’t as good defensively, giving up 4.3 yards per carry and 164.5 rushing yards per game. They were stout before facing the triple-option, allowing just 17 points in their previous three games against the Sun Belt.

South Carolina’s offense is somewhat all over the place, but it should be able to run the ball in this game as it’s averaging 5.1 yards per carry on the season. Tavien Feaster is questionable because of injury, but Rico Dowdle is expected to return from a knee sprain.

Whoever is in the backfield should have success in this matchup which is a worry for those backing the underdog. Otherwise, quarterback Ryan Hilinski is a mixed bag as a freshman, completing 61.2% of his passes on 6.2 yards per attempt.

The Gamecocks may be able to move the ball, but they’ve been impossible to predict throughout the season from beating Georgia to losing at Tennessee. The Mountaineers are looking to get back on track and may have the better overall team.