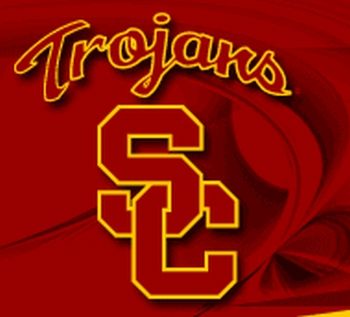 USC is one of four teams in the Pac-12 South, Arizona included, with a 2-1 conference record. After what has been an inconsistent start to the season for both teams, each still has a chance to make the title game.

The Trojans may have the best chance despite coming off back-to-back losses and were -10 point home favorites with an over/under of 67 as of Wednesday.

Maybe the most important stat for this game is that USC is undefeated at home, including wins over Stanford and Utah. While it was at Notre Dame last weekend, it was in the same spot two years ago and then went on to win its next five games, including the Pac-12 title.

Things have been a little more inconsistent for Arizona, who lost at Hawai’i in the opener and then beat Texas Tech and Colorado before giving up 51 points to Washington.

If you throw out the loss in Hawai’i, it appears Arizona can compete with any mediocre team, but then get blown out by anyone who is considered good. So the question for this game is whether USC is good or not.

The Trojans got back quarterback Kedon Slovis last week and while he was under pressure a lot, still played well, completing almost 70% of his passes for two touchdowns and no interceptions.

He’s been their best QB according to the numbers with help from top receivers Michael Pittman Jr., Tyler Vaughns and Amon-Ra St. Brown. The rushing stats aren’t as good, but that’s what happens when you play Utah, UW and ND in three straight games.

Due to surgery for top RB Vavae Malepeai, the Trojans will likely split carries between Markese Stepp and Stephen Carr.

The good news is that Arizona isn’t nearly on the same level as those other defenses, allowing 473.2 yards and 33 points per game. Considering USC scored 30 points last home game, it’s in the cards for this offense to put up around 40.

Unfortunately, the jury is still out on USC’s defense, which is allowing almost 200 rushing yards per contest.

The main question whenever facing Arizona is how to stop quarterback Kahlil Tate. He hasn’t thrown for more than 185 yards in three of the last four games, but he’s still electric on the ground and averaging more than five yards per carry.

Combine that with running backs J.J. Taylor and Gary Brightwell, who are both averaging at least 5.5 yards per carry, and it’s easy to see why this team has had some success.

That’s the main reason Arizona could stay competitive because USC’s run defense has been a major issue and even in the win against Utah, it still gave up 247 rushing yards.

That wasn’t the case when these teams met last year as Arizona couldn’t do anything en route to just 2.6 yards per carry in a 24-20 home loss.

The problem was that Tate hit a couple big plays late and Arizona scored the final 20 points. The backdoor cover is always a problem with Tate on the field.

The Wildcats have failed to cover in their last five following a double-digit loss at home and the over has hit in all of those.