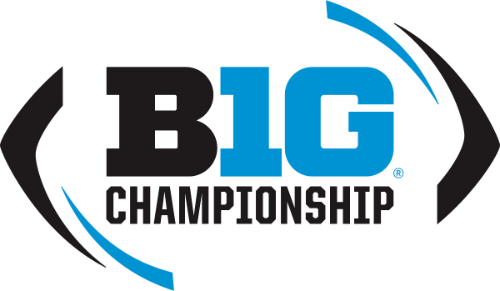 Ohio State is coming off one of the more dominant seasons in Big Ten history. It was rarely challenged and now faces a team in the Championship game who it already beat 38-7. And so, the Buckeyes opened as -16 point favorites with an over/under of 56.5 for the game at Lucas Oil Stadium in Indianapolis.

Ohio State started slow in the previous meeting, yet still managed to win by 31 points and dominate every facet. Wisconsin, a run-first team, averaged just 2.4 yards per carry as Jonathan Taylor had 52 yards on 20 totes.

Justin Fields didn’t get much done through the air, but he didn’t need to because the Buckeyes ran for 264 yards on 5.3 yards per carry. That’s kind of what happened against Michigan last week and will probably be what happens again.

Wisconsin has a good defense, allowing less than 100 rushing yards per contest on 3.3 yards per carry, but that doesn’t matter in this matchup. Even then, this hasn’t been an elite group of late, giving up at least 17 points in each of its last six games.

The only thing going in Wisconsin’s favor is that it already faced Fields and company and at least is familiar with the offense. Otherwise, the numbers support the Buckeyes, who are averaging almost 50 points per game.

Fields has remained steady even with the weather cooling down, as he’s completing 68.2% of his passes for 9.6 yards per attempt, 36 touchdowns and a ridiculous one interception.

But while that’s the case, the Bucks have dominated opposition with their ground game, namely J.K. Dobbins who went for 211 yards and four touchdowns against Michigan. Fields will also carry the ball plenty and has 470 rushing yards to his name with 10 more touchdowns, while the team averages 5.8 yards per carry.

The best chance Wisconsin has is if it stops Dobbins and the ground game, but if it stacks the box, then Fields will simply carve them up with his arm. As for the Bucks, all of their defensive numbers are better, from allowing 2.6 yards per carry to 232.3 total yards per game.

Scoring was a problem for the Badgers in the first matchup and it could easily be again. They’ll likely stick with their same approach and feed Taylor as much as possible, as he has 1,761 yards and 20 touchdowns on 6.3 yards per carry.

He’s been contained a couple times this season and if that happens again, it’ll be up to quarterback Jack Coan.

The first-year starter is having a fine season, averaging 8.5 yards per pass and completing 72.3% of his passes, but he takes the back seat to Taylor. And while he came through against Minnesota last week, this is another animal and he’s not exactly someone who will light up the scoreboard.

Given how easy of a time OSU has had this season, there’s no reason that will change in this one. Wisconsin could put in its best game and that wouldn’t even be enough to win, though the cover is at least in play.

Ohio State is 9-2 ATS in its last 11, while the over has hit in Wisconsin’s last four games overall. The Buckeyes are 5-1-1 ATS in the last seven meetings between these teams and have out right won all of those.

Our Pick – Difficult to make a case against a team like the Buckeyes who have pretty much done whatever they have wanted against every team they have played this season, including these Badgers.

For starters, rarely is the outcome the same when two teams face each other twice in a little over a month.

There is a built in edge for an underdog like the Badgers in a spot like this. Simply, they have nothing to lose and everything to gain. While the Buckeyes have everything to lose. All of the pressure is squarely on the shoulders of Ohio State. Wisconsin is expected to lose, even get blown out.

But make no mistake about it, the Badgers are a very good football team. You don’t go 10-2 in any conference without that being the case.

Defensively these teams rank 10th and 12th in the nation using yards per point to rank.

Offensively, also using ypp, Ohio State is #1 while the Badgers are a respectable 18th.

This comes against schedules that are just about dead even in strength.

Our model likes the Buckeyes, but gives the Badgers a chance to cover.

Remember that the previous game was at Ohio State. This game is on a neutral field.

While you’re at it, also remember that Ohio State was 13-1 last year and blew most teams off the field. They were undefeated in late October heading into Purdue where their doors were blown off 49-20. Big upsets do happen!

So in this spot, we’ll take a very good football team and coaching staff, with nothing to lose and a shot at same season revenge, not to mention a championship.