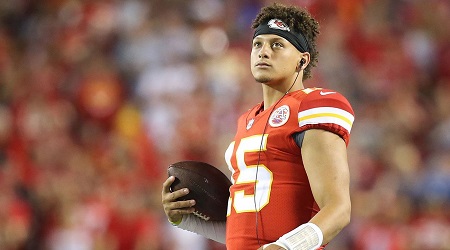 The Chiefs are coming off their first loss of the season, which was at home, and they are at home again in Week 6 as a five-point favorite hosting the Houston Texans. The total for this AFC game is sitting at 55.

The bettors must have watched the Chiefs in their less than stellar performance in their last game, as the public has backed the Texans. They opened as an 8.5-point underdog and as of Tuesday are a five-point underdog.

After scoring only 10 points in a loss in Week 4 the Texans bounced back, big time, in their last game beating the Atlanta Falcons 53-32. DeShawn Watson was huge in the game with a perfect QB rating and he has entered the MVP discussion.

The dynamic offense of the Chiefs was shut down in their last game losing to the Indianapolis Colts 19-13. Patrick Mahomes had a big game with over 300 passing yards but did not get much help from the run game.

The road team has covered the spread in five of the last six games between these teams.

In the win over the Falcons Watson had a HUGE game passing for 426 yards with five TD and no INT. He only had 160 passing yards in the previous game and he only has one INT on the season and that came in Week 1.

Will Fuller V also had a huge game with 217 receiving yards and three TD and while the Texans rushed for 166 yards led back Carlos Hyde only averaged 2.9 yards per carry on his way to lead the team with 60 yards.

Hyde and Duke Johnson, who had 59 rushing yards on nine carries last week, may get a heavy workload facing a KC run defense that ranks 3rd to last in the league and gave up 180 rushing yards in their last game.

One of the main reasons the Colts beat the Chiefs was the run game behind what is, arguably, the best offensive line in the NFL. The Texans O-line has been better than last season, but they have still struggled and how they play will be vital in this game.

The Chiefs suffered their first loss of the season and they nearly loss the previous game. Yeah, Patrick Mahomes had a big game passing for 321 yards with a TD and he has not been picked off, but the rushing offense and defense was terrible.

KC only had a grand total of 36 rushing yards in the loss to the Colts while their run defense was torched. Damien Williams led the team with only 23 rushing yards averaging 2.6 yards per carry and the team’s leading rusher in LeSean McCoy did not have a single carry.

The Chiefs’ offensive line was bad in the Colts game with Mahomes under pressure often and they could not open up holes for the run game. They have to play better in this game but that is a tall task facing J.J. Watt and Whitney Mercilus, who have combined for nine sacks and five forced fumbles.

One good thing the Chiefs have going for them is facing the weakness of the Houston defense, which is their pass D that only ranks 25th in the league.

While the Texans are 5-2-1 ATS in their last eight road games they have only covered in one of their last seven games facing a team with a winning record.

Don’t jump off the Chiefs bandwagon just yet. Mahomes will have a big game in this one and get help. However, while the Chiefs’ much maligned defense may give up points Mahomes will bail them out lighting up the scoreboard and Kansas City will win and cover in their house.