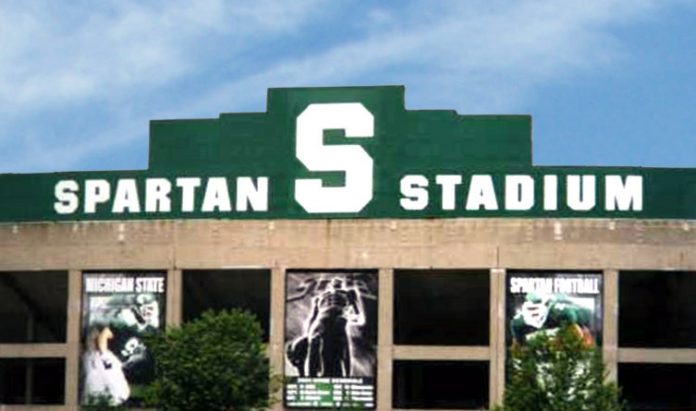 Illinois has surprised just about everyone (outside of the actual team) by winning its last three games, including the big one against Wisconsin. However, it still isn’t getting respect and that’s the case against a struggling Michigan State team. The Spartans were -15 point home favorites with an over/under of 45.5 as of Wednesday.

This spread is interesting and somewhat confusing. Sure, Illinois wasn’t good earlier in the season, but it went toe-to-toe with Wisconsin and has followed that up with double-digit wins against two of the weaker teams in the Big Ten. Michigan State is coming off a stretch of difficult matchups, but that doesn’t mean it should be favored by a couple touchdowns against a team who is winning games.

Of course, there are reasons not to believe in Illinois. The Wisconsin win could be a fluke and then it’s not like beating up on Purdue and Rutgers is difficult, given the way both are playing. The Illini will likely have a tough time scoring even though Michigan State just lost its top linebacker to a suspension. MSU still has a good defense despite recent struggles, allowing 21.9 points per game on the season.

Offense is where the Fighting Illini have questions and simply running the ball isn’t going to work in this matchup. Quarterback Brandon Peters has needed to attempt 17 passes the last two games, but that’s not going to happen in this one because the Spartans are allowing 3.3 yards per carry.

Running backs Reggie Corbin and Dre Brown are having a nice season, both averaging at least five yards per carry, but they probably won’t be running wild like in previous games. That said, it’s not easy to overlook when they ran for 141 yards on a better Wisconsin defense, albeit at home.

The other part to this matchup is that no one knows what to make of the MSU offense. While it has struggled against better teams, it’s been pretty good against the rest of competition, scoring 30-plus against Northwestern and Indiana.

Illinois has looked different defensively since the Wisconsin win, though again, that could be due to schedule because it’s allowing 187.4 rushing yards per game for the season.

That’s where the Spartans will attack even though they haven’t had much success in that area. Elijah Collins is averaging a solid 5.9 yards per carry and if all goes well, this will be one of his better performances in conference play.

It’s been tough to get going the last few weeks when the team is already in a hole against good defenses. The same goes for Brian Lewerke, who has one touchdown and three interceptions in the last three games.

The last couple times he didn’t face one of the better defenses in the country, he threw three touchdowns in back-to-back games against IU and NW. That may not happen again, but the drop in talent level is the biggest reason to take MSU. Sure, backing MSU won’t be easy, but it’s still more talented and has the best unit in this game in its defense.