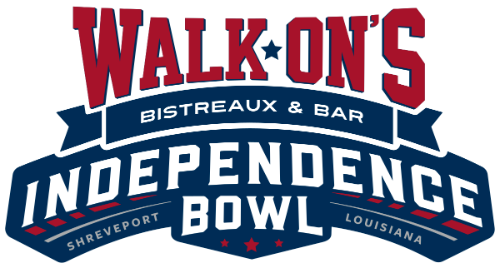 The Independence Bowl is somewhat of a weird matchup pitting a struggling Miami team against Louisiana Tech in what is basically a home game in Shreveport, about an hour from LT’s campus. That being the case, the Hurricanes were -6 point favorites with an over/under of 50 a week before the game.

It’s unknown where the motivation will come from for Miami after finishing at 6-6 overall. While it beat Florida State, Pitt and Virginia, it also lost to Duke, Georgia Tech and FIU. It’s not like Louisiana Tech is a more talented team, but it would love to win this game and may have more fans in the stadium.

While it’s not a great comparison, La. Tech beat FIU 43-31 earlier in the season and Miami lost 30-27 in that matchup. The Bulldogs lost the three games they were supposed to and won every other matchup in C-USA fairly easily.

The problem is that Miami may have the best defense that Louisiana Tech has faced this season, assuming it plays well. The ‘Canes allowed just 20.8 points per game and held teams to 3.1 yards per carry. Sure, they gave up at least 27 points in their final three games against mediocre opponents, but that defensive strength could be a problem.

The good news for the Bulldogs is that they’ve won their last five bowl games under Skip Holtz and the offense doesn’t rely on the run. Quarterback J’Mar Smith can air it out when needed and it’s worth noting he didn’t play in their two losses against Marshall and UAB.

The senior completed 65.8% of his passes on 8.3 yards per attempt for 17 touchdowns and four interceptions in 10 games, while also running for 351 yards if you don’t include sacks.

He had a new core of receivers this year but didn’t have any trouble with four different guys having at least 37 receptions. The question is how effective running back Jordan Henderson can be, as he’s been a consistent force, averaging 5.8 yards per carry for 967 yards and 15 touchdowns.

Compared to previous seasons, the Bulldogs had a respectable defense, allowing 23.7 points per game. Some of that had to do with playing in C-USA, but FIU’s defense is worse and did well enough to beat Miami late in the season.

The Hurricanes would’ve had a better record if they got more from their offense. Oddly enough, head coach Manny Diaz said the competition for the starting QB gig is open for the bowl game.

That could mean Jarren Williams, N’Kosi Perry or recently returned Tate Martell. No matter the case, Williams was the leader most of the season and he looked different every game from tossing six touchdowns against Louisville to taking nine sacks in the following two games.

It’d be surprising if they didn’t try and get the ground game going early with Cam’Ron Harris and Robert Burns expected to see most of the touches given the injury to DeeJay Dallas. They were fine rushing the ball, but 47 sacks led to 3.9 yards per carry as a team. Of note, La. Tech was near the bottom of the charts with just 20 sacks this season.

Motivation is often a question come bowl season and that could decide this matchup no matter if Miami is a better team or not. With a proximity edge and the quarterback to put points on the board, Louisiana Tech could be a popular upset pick.

Our Pick – This game opened Miami -7.5 and has since moved to Miami -6 as bettors have jumped all over La Tech.

We completely understand the early dog money. As mentioned above, you have a Miami team that slept walked thru their season. They qualified for a bowl game after beating Louisville and then proceeded to drop it’s last two games, to Duke and FIU.

That two loss finish suggest this team was content just to make a bowl game and likely doesn’t care much beyond that.

Our model has Miami by 13 to 17 points. The Hurricanes are the more talented team and if they showed up motivated and gave 110%, that margin would likely be achieved.

But the way the Canes finished and really, the way they performed all year, doesn’t allow us to put much faith in the models predictions.