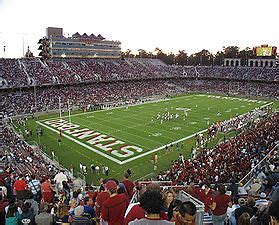 It’s been a while since this matchup had such little hype. Neither Notre Dame nor Stanford had been favored by more than five points in the last five meetings. However, that streak breaks this year as the Fighting Irish are -16.5 point road favorites with an over/under of 51 as of Wednesday.

This season was always going to be difficult for Stanford, but not many envisioned a losing record and no bowl appearance. The Cardinal could put everything into their final game and hope for a win, but they’ve lost their last three to teams with losing Pac-12 records.

Notre Dame has two losses, but they both came on the road against top competition. The Irish have dominated their last few against sub-par opponents, winning each of them by at least 31 points. The home team has won eight of the last nine meetings between these teams, but it’s hard to see how Stanford can pull off the upset this season.

Stanford has been bad on both sides of the ball, allowing 4.4 yards per carry and almost 30 points per game. Notre Dame may not have the most explosive offense, but it’s been able to score against most competition and should have no trouble moving the ball in this matchup.

Quarterback Ian Book has 29 touchdowns and six picks, yet his 7.4 yards per attempt is a full yard below last year’s number. Either way, that’s probably good enough against a defense that is allowing 281.7 passing yards per contest. The ground game is also stout as Tony Jones is averaging 5.6 yards per carry which comes in addition to Book, who is at 5.0 ypc for 487 rushing yards.

The Irish have scored at least 38 points in their last three games and should be near that total again. To cover, they’ll need to continue playing strong defense. They’re oddly allowing more rushing yards (164.5) than passing yards (153.5) per game, but at just 3.9 yards per carry, it’s been enough to win most games.

Stanford’s offense hasn’t been able to get anything going mostly due to a poor offensive line. Cameron Scarlett is averaging 4.2 yards per carry and the Cardinal are at 3.6 ypc as a team with 27 sacks included.

There hasn’t been any room for Scarlett and it’d be a surprise if that changed. Quarterback Davis Mills has some decent numbers and is averaging 8.6 yards per attempt, but as a team, they haven’t been able to put the ball in the end zone at a consistent rate.

The main reason to take Stanford is that the home team has dominated the last decade and Notre Dame has to travel across the country. Otherwise, Stanford has seemingly gotten worse as the season has gone along.

The under has hit in Notre Dame’s last four on grass, while the over is 4-0 in Stanford’s last four following a straight-up loss. Stanford is also a miserable 3-8 ATS this season. Still, the underdog is 6-1 ATS in the last seven meetings between these schools, while the under is 7-2 in the last nine.