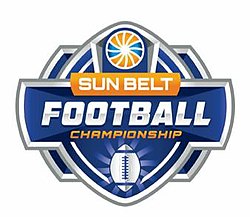 There are no questions about the Sun Belt Championship game because Appalachian State and Louisiana Lafayette were at the top of the standings all year.

The Mountaineers already won this matchup back in October and that’s partly why they were -7 point home favorites with an over/under of 56 as of Wednesday.

The previous meeting between these teams was somewhat ugly and mostly different than any other game they played this season. App. State won 17-7 on the road in a defensive slugfest despite these teams having the best offenses in the Sun Belt.

The Mountaineers moved the ball slightly better behind quarterback Zac Thomas as he averaged 8.6 yards per pass compared to 5.5 for Levi Lewis. Otherwise, both of their rushing attacks failed to average more than four yards per carry and the Mountaineers only had more carries because Thomas completed bigger passes.

It wouldn’t be surprising if this game looked a little different because while App. State has a decent defense, giving up seven points again seems unlikely considering they’ve given up double digits in their last five.

Other than that loss, Louisiana’s offense has been elite, averaging close to 40 points per game including scoring 28 against Mississippi State in the opener.

ULL Quarterback Levi Lewis put together a solid first year as he averaged 8.0 yards per pass for 20 touchdowns and three interceptions. However, the Ragin’ Cajuns are a run-first team and that’s mainly why their offense didn’t work in that first matchup.

They have a trio of running backs who all see the ball, as they’re averaging at least 6.0 yards per carry and have at least 700 rushing yards. But while they average 6.6 yards per carry as a team, that didn’t work in the first meeting and if that happens again, it’ll be on Lewis to perform, which won’t be easy to bet on.

On the other side of the ball, Louisiana didn’t allow a ton of points, but it gave up 4.5 yards per carry. A lot of that had to do with getting out to leads and opponents barely running against them, but they did just get torched by a mediocre UL Monroe team last week, albeit in a win.

The Mountaineers are a little more stable offensively because Zac Thomas brings a couple years of experience to the table, though his numbers aren’t better than Lewis’s, averaging 7.6 yards per attempt for 24 touchdowns and six picks.

Similar to Louisiana, App. State wants to run the ball first behind Darrynton Evans, who leads the backfield with 1,250 yards and 16 touchdowns on 5.8 yards per carry. The other part is that Thomas will run when needed as well and he was probably the biggest spark in the first game with 63 rushing yards.

There isn’t much of a difference between these teams and that was seen in the first meeting. However, playing at home with a slightly better defense and slightly better QB, that could again be enough to cover.