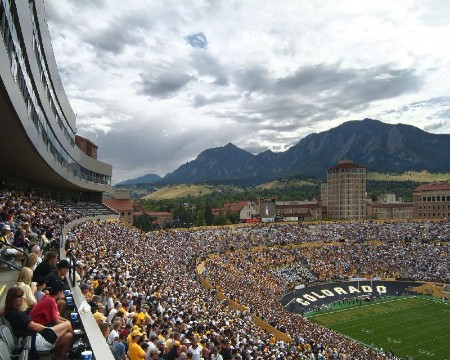 USC has a leg up in the Pac-12 South with five games to go and while this looks like a free win on the surface, playing in altitude on short rest is never easy. The Trojans still opened as -13 point road favorites with an over/under of 60.5 for the trip to Colorado.

After a difficult first six games to open the season, USC had an easier time with Arizona last weekend, leading the entire way. Even with a difficult schedule, the Trojans are in the driver’s seat for the conference title game, though that’s far from guaranteed, especially in the unpredictable Pac-12.

Colorado played well early on, beating the likes of Arizona State and Nebraska, but things have quickly fallen apart. The Buffaloes have lost their last three including the last two by a combined 86-13 score line. While they have an altitude advantage at home, they’ve already lost to Air Force and Arizona in Boulder.

The issue for the Buffs in every game has been defense, allowing 482.4 yards and 34.9 points per game. They haven’t stopped anyone and will likely have a hard time containing the Trojans even though they aren’t considered an elite offense.

Kedon Slovis is back under center, completing 73.6% of his passes for 8.7 yards per attempt, nine touchdowns and four picks. He’s struggled at times like at BYU, but for the most part, he’s been a solid backup, completing passes to his stacked receiving corps that includes Michael Pittman Jr., Tyler Vaughns and Amon-Ra St. Brown.

The rushing attack has had success no matter who is getting carries. Last game, Markese Stepp and Stephen Carr opened the  game, but then freshman Kenan Christon ripped open a big run and led the team with 103 yards and two touchdowns. If this group doesn’t hit 30 points, it’d be a surprise, having already scored 27 points at Notre Dame.

The more impressive part to USC’s last win was that the defense held Arizona scoreless in the first three quarters. It doesn’t have great overall numbers, but if they can put up some resistance on a short week, that’s a perfect path for a cover.

That’s possible because Colorado’s offense has also fallen apart the last couple games. Some of that has to do with competition, but it wasn’t like Washington State had a great defense prior to last weekend’s loss.

The Buffs at least have an experienced quarterback in Steven Montez, who is averaging 7.2 yards per attempt for 10 touchdowns and eight interceptions. Those numbers have taken a major hit the last couple games as he has no touchdowns and six picks in that period.

Oddly, those issues have happened with top wideout Laviska Shenault in the squad. If Montez struggles again, there’s almost no chance for Colorado to cover. However, he has it in him as seen in the win at Arizona State when he averaged more than 11 yards per attempt.

The running game has been fine between Alex Fontenot and Jaren Mangham, but it doesn’t work if Montez isn’t completing passes.

USC won last year’s meeting 31-20 and the result was never in question as they led by 21 points entering the fourth quarter. Neither ground game had much success, but Montez couldn’t do anything and averaged just 3.6 yards per attempt. It’s a wonder if the same thing happens again.

The Buffs are 6-16 ATS in their last 22 against the Pac-12, The Trojans have won all 13 meetings between these schools, though the last four have been decided by 14 points or less.