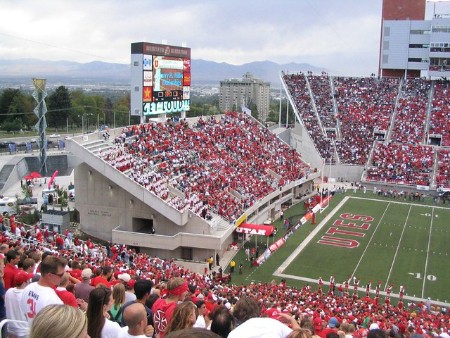 And just like that, Washington State is barely in consideration for the Pac-12 title. Utah has the same record, but despite losing at USC, has a better chance to win its division. The Utes are still getting some respect as early -5.5 point home favorites with an over/under of 56.

Neither one of these teams has looked overly dominant in the early season, both with 1-3 ATS marks, and that’s part of the reason they are both coming off losses. Washington State’s 67-63 loss was a bit more inexcusable since it gave up 67 points to a winless team.

The Cougars already had an uphill battle not only with this game, but also trips to Oregon, Cal and UW. Utah’s loss may have been more disappointing because it was going against a third-string quarterback and had a perfect path to winning the Pac-12.

Wazzu somehow came away with a win in last year’s meeting despite getting outgained by 204 yards on the ground. Sure, Gardner Minshew threw for 445 yards, but Utah was shutting out Wazzu in the second half until a late 89-yard touchdown to seal the win for the Cougars.

It’s likely the Cougars will take that same pass-heavy approach because their line simply isn’t good enough to run on Utah. Max Borghi is at a solid 7.9 yards per carry, but a lot of that is due to the early schedule.

This offense will be forced to air it out with Anthony Gordon, who already has 1,894 yards and 21 touchdowns in four games. Wide receiver Easop Winston leads the nation with eight touchdowns, while a slew of other guys are there to catch passes from Gordon.

Considering Utah is allowing just 52 rushing yards per game in the early season, it’s likely Washington State will try and pass its way to a win via the Air Raid.

However, it’s hard to take the road team in this spot because it probably should’ve lost last year if it wasn’t for the long touchdown in the fourth quarter. Utah should again control the clock after rushing for 204 yards in last year’s meeting.

Now at home, the Utes will likely lean even more into that ground game and hope it’s enough. Tyler Huntley has decent passing numbers, but if they don’t have to pass, they’ll run the ball as much as possible to keep Gordon and company off the field.

Both teams are coming off losses, but it makes a little more sense to back the team who should control both lines of scrimmage, as well as having the better overall defense.