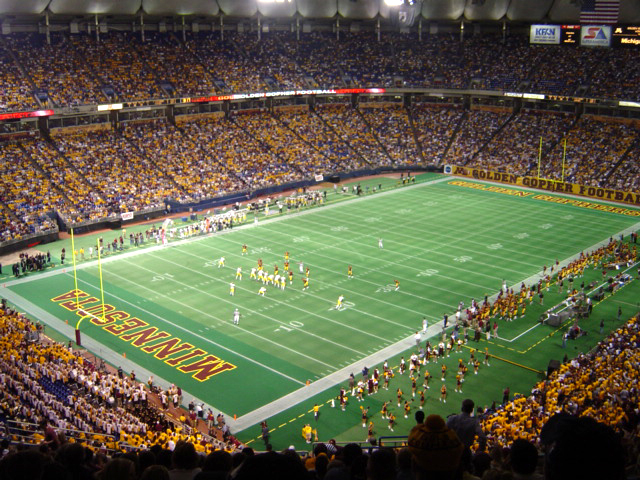 There aren’t a ton of matchups in the final weekend with title-game implications, but that’s what Wisconsin-Minnesota brings to the table. The winner gets the right to face Ohio State in the Big Ten Championship game. The Badgers opened as -2.5 point road favorites with an over/under of 47.5

Wisconsin was once thought to have one of the best defenses in the country, allowing 29 points in its first six games. And then the losses to Illinois and Ohio State happened, and things haven’t been the same since.

The Badgers have won their last three, but they’ve given up at least 21 points in each of their last five games. That’s a good reason to take the home underdog in this spot, especially since it already beat Penn State at home a few weeks ago. The Golden Gophers have shown they have the offense to beat good defenses and that’s the first matchup to look at.

Wisconsinl has great overall numbers for the season, allowing 3.4 yards per carry for 268.4 yards and 14.4 points per game. However, some of those numbers are skewed because of the early season as the Badgers let the Cornhuskers run for 273 yards against them a couple weeks ago.

Luckily for Minnesota, it has a variety of ways to attack. Quarterback Tanner Morgan has been maybe the biggest revelation for the team, averaging 10.6 yards per attempt for 26 touchdowns and five interceptions with top wideouts Tyler Johnson and Rashod Bateman both over 1,000 yards and 10 touchdowns a piece.

Morgan has had success because the Gophers remain a dominant rushing team with Rodney Smith averaging 5.3 yards per carry for 1,063 yards and eight touchdowns. Wisconsin’s defensive troubles in the last month could be a problem in this game, similar to Penn State a few weeks ago.

Yet, Wisconsin should be able to move the ball freely, as well, similar to what Iowa did against Minnesota. The Gophers have great overall numbers, but a lot of that is due to schedule and they strangely gave up 22 points to a bad Northwestern offense last week.

Wisconsin may not be as balanced as Minnesota, but quarterback Jack Coan has had a solid campaign, completing 72.7% of his passes on 8.1 yards per attempt. He’s the second option in the offense and isn’t asked to do a ton, but he has thrown just four interceptions and manages the game well.

Running back Jonathan Taylor is who Minnesota has to focus on, as he’s averaging 6.5 yards per carry for 1,685 yards and 18 touchdowns. Stop him and this offense is mediocre as seen in the OSU game when he ran for 52 yards. Of course, Taylor’s gone for more than 200 yards in each of the last three games.

It wouldn’t be surprising if this game went similar to the one between Penn State and Minnesota a few weeks ago. Both of these defenses have been susceptible at times and the offenses have enough explosiveness to consistently put points on the board.

Minnesota surprised a lot of people when it won this meeting 37-15 last year as a 12-point underdog in Madison. Wisconsin would like to return the favor, but both teams have something to play for this time around.