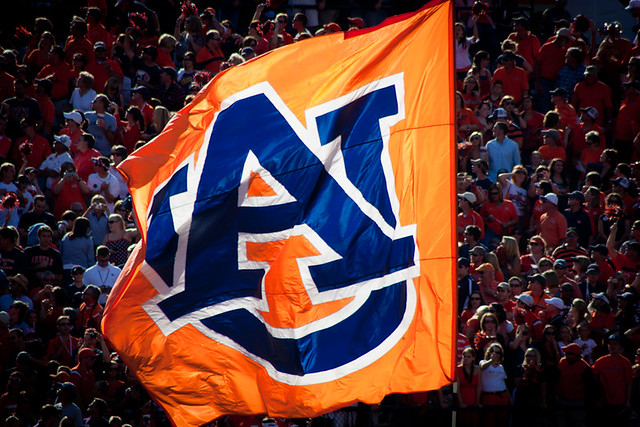 Auburn took down Alabama last season, but that’s about all it could take away from a 9-4 campaign that ended with a bowl loss to Minnesota.

The Tigers expect to be in a similar situation this season under Gus Malzahn with an early preseason over/under of 9 wins to go with +45 to 1 odds at 5Dimes to win the National Championship, surprisingly behind Texas A&M.

Even with another difficult schedule, Auburn projects to be one of the better teams in the country. That’s mostly because quarterback Bo Nix is entering his second season as the team’s starter after leading the offense to 406.5 yards and 33.2 points per game.

His overall numbers weren’t much, averaging 6.7 yards per attempt on 57.6% completion to go with 313 rushing yards, but he was just a freshman in the SEC.

Better things are expected this season, though a questionable line could be a problem as four starters are gone. If that unit doesn’t figure things, this offense might not be any better.

Running back should also be fine even with some new faces, namely a five-star freshman in Tank Bigsby, though D.J. Williams (400 yards) will probably be the top guy right away.

For Auburn to surpass nine wins, it will take improvement on offense and continual production from a defense that allowed just 323.9 yards and 18.6 points per game. The problem is that a lot of those guys are now in the NFL, so there will be some new starters across the line.

In addition to returning tackle Tyrone Truesdell, Auburn always seems to be fine up front and a couple transfers should help fill some spots. Helping the line is a nice set of linebackers led by KJ Britt and upcoming sophomore Owen Pappoe.

Depth Could be Problem on Defense

The question is how the secondary performs with four starters gone. Cornerback Roger McCreary and safety Jamien Sherwood will be looked to for experience, but depth could be a problem.

If all goes well, there may only be four games that matter on the schedule for Auburn. One of them comes early against North Carolina and the rest are in the SEC. In addition to LSU and Alabama coming back-to-back on the schedule, Auburn has to travel to both Alabama and Georgia.

Given that the Tigers were early underdogs in those three SEC matchups, it’ll be hard to bet on them to win more than nine games. The under feels like the better play as it wouldn’t be surprising if there was a slip up against UNC or teams like A&M or Miss.

State. Sure, Nix has a year under his belt and should improve, but the offensive line has work to do and the defense won’t be as good as a year ago. Those are ingredients for three losses, if not more.