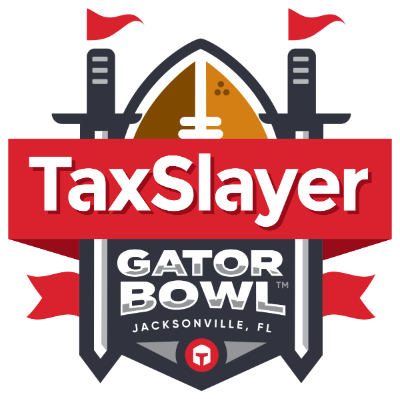 There’s not much that separates the two teams in the Gator Bowl as Indiana and Tennessee both had successful seasons, depending how you look at it. The Volunteers were slight -1.5 point favorites with an over/under of 51.5 for the game in Jacksonville.

Tennessee is a much different team than the one that lost its first two games to Georgia State and BYU. Its defense was much improved in the second half of the season, allowing 21 points or less to six of its final seven opponents.

Some of that had to do with level of competition, but outside of letting Tua Tagovailoa doing what he wanted, the Vols contained the Crimson Tide fairly well.

The difference for Indiana is that its defense never really improved, allowing 41 points in the final game against Purdue. But while the Hoosiers were 8-4, they didn’t beat a bowl team and faced the three worst teams out of the Big Ten West.

Sure, you can’t blame them for losing to Ohio State, Penn State and Michigan, but it wasn’t a good look when they allowed 40 points to a bad Michigan State offense.

That IU defense is the main advantage Tennessee has in this matchup. The Hoosiers actually have decent defensive numbers, allowing 7.1 yards per pass and 3.9 yards per rush, but a lot of that can be attributed to schedule. The question is if the Volunteers can capitalize.

The Vols had offensive issues almost every game outside of the two early losses which were shootouts. Quarterback Jarrett Guarantano had a subpar season and may not play every snap of this matchup with a couple guys in waiting.

He completed less than 60% of his passes for 8.6 yards per attempt for 16 touchdowns and six picks, and his backups were slightly worse. The bad news is that top receiver Jauan Jennings is suspended for the first half, meaning Marquez Callaway and someone else has to step up.

Otherwise, the ground game was also mediocre behind a trio of backs, none of whom averaged more than 5.2 yards per carry. Freshman Eric Gray took over in the final game and ran for 246 yards and may be the leader in the backfield going forward.

This should be a good test for a somewhat revived Tennessee defense after allowing 6.7 yards per pass, 3.8 yards per rush and 21.7 points per game. Again, they were bad against every relevant offense faced, so that has to be taken into account. It also has to be noted that Indiana scored on almost everyone, including dropping 27 points at Penn State.

Quarterback Peyton Ramsey closed the season healthy, which means he got close to a full month of practice leading up to this game. He didn’t have a ton of touchdowns (13) because of injury, but he completed 69.4% of his passes for 8.4 yards per attempt with the help of top wideout Whop Philyor, who had 1,001 yards and five touchdowns.

The problem against better teams was that the Hoosiers struggled to run the ball and they averaged just 3.7 yards per carry as a team. To help, running back Stevie Scott should be back from injury after going for 845 yards on 4.7 ypc.