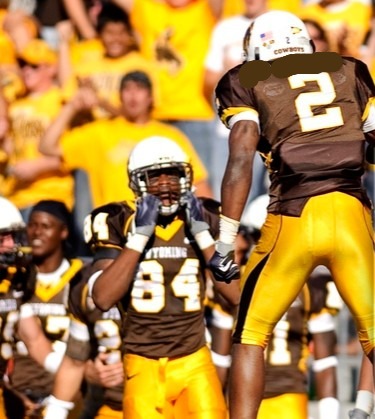 There hasn’t been much to complain about for head coach Craig Bohl, who has turned Wyoming into a yearly bowl contender.

The Cowboys reached eight wins in three of the last four seasons, including two bowl wins. More of the same is expected in 2020 as they had an early over/under of 6.5 wins (at 5Dimes) with +1400 odds to win the MWC, placing them in the middle of the standings.

There is a scenario in which Wyoming gets to another level and that means improvement from the offense that averaged 350.9 yards and 25.4 points per game.

Enough pieces are back for this group to improve on those numbers. Of course, that’s only possible if the quarterback improves as Sean Chambers and Levi Williams both completed less than 50 percent of their passes last year.

Then again, both moved the chains with their legs in an offense that averaged 4.9 yards per carry. With the majority of starters back on the line, there’s no reason they can’t be better.

Running back is a big part of that because Xazavian Valladay (1,265 yards, 6 TDs) is still in the mix with grad transfer Trey Smith. Those two will be the focal point of the offense and that’s not a bad strategy.

While the receiving corps is fairly raw with Ayden Eberhardt and Dontae Crow the expected starters, that may not matter in this offense. Even with poor quarterback play last year, this team still scored enough to win games they were supposed to.

The important thing is to keep the defense rolling after allowing 364.5 yards and 17.8 points per game. This side of the ball has been the main reason Wyoming has had success the last few seasons and that’s expected to continue. New coordinator Jay Sawvel takes over after serving in the same role at Minnesota and Wake Forest in prior seasons.

The front end may have the most potential with senior end Garrett Crall and tackle Ravontae Holt after missing most of last season.

Those guys will have to step it up because the linebacking corps is mostly fresh in the 4-2-5 scheme with a freshman (Easton Gibbs) possibly set to start.

But similar to the line, the secondary has enough returning starters to keep this group one of the best in the conference.

If the offense can figure out its quarterback, this team could challenge for the MWC title. The pieces are there, assuming the defense doesn’t take a major step back. The non-conference schedule isn’t much different compared to prior seasons and one loss is expected in the game against Utah.

It also helps that the Cowboys have a favorable road slate in MWC play because all of the top teams like SDSU, Air Force and Boise visit Laramie.

They maybe haven’t been elite the last few years, but they’ve done enough to be a nuisance in the conference and that should continue in 2020. The question is if they can grab an upset or two this season after losing to SDSU by four points and to Boise State in overtime last year.