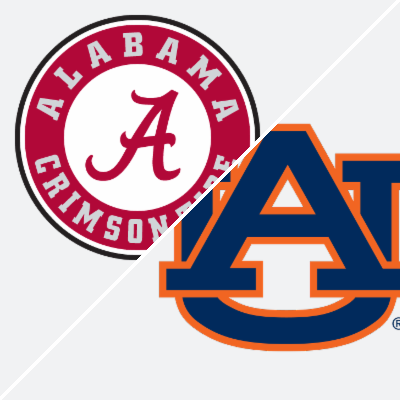 Alabama has a big couple weeks ahead. The Iron Bowl is a classic matchup, but the looming SEC title game also has major implications. For this game, the Crimson Tide were sizable -19.5 point favorites with an over/under of 56 points early in the week.

The home team has won eight of the last nine games in this matchup with Auburn winning its last two at home. Of course, the difference in this matchup is that the Tigers don’t have their top quarterback after Bo Nix broke his ankle a couple weeks ago. That’s the main concern for a team that has lost its last three games, most recently to a mediocre South Carolina squad.

If Auburn wants to have a chance, its defense will need to win the game. That’s not impossible from happening, but even at home two weeks ago, the Tigers gave up 43 points to Mississippi State. They gave up 42 points in last year’s meeting against Alabama and then 45 in the game before that. Unfortunately, they’re mediocre against the pass, allowing 7.3 yards per pass and then 3.6 yards per carry.

Alabama scored 38 points in its lone loss, but it also managed just 20 points against LSU a week ago. Its weakness this season seems to be the offensive line and if Auburn can push the line back, that would make things interesting.

Still, quarterback Bryce Young has been electric, totaling 38 touchdowns and three interceptions on 9.8 yards per pass while completing 71.7% of them. That’s pretty good with most of his passes going to top receivers Jameson Williams and John Metchie. On the downside, running back Brian Robinson is averaging 4.9 yards per carry, a poor number for an Alabama running back.

The spread is large because of Auburn’s quarterback situation, but if it can stop ‘Bama from going over 30 points, a cover is definitely in range. As for the offense, TJ Finley was fine in his first start, averaging 5.9 yards per pass in the loss to South Carolina.

For the Tigers to have a chance, he’ll need to complete more than 50 percent of his passes with his current number at 52.3% on 65 attempts. The other hope is to get Tank Bigsby and Jarquez Hunter going, as both are over five yards per carry. The problem is that Alabama is allowing 2.6 yards per carry.

The Tigers either have to run the ball on what has been a dominant rush defense or get Finley going, which would be a hard thing to bet on. Playing at home always has to be taken into account in this matchup and there’s a chance Auburn’s defense comes to play, but unless Bigsby really shows up, it’s hard to see the Auburn offense surpassing 20 points.

The Tigers are 2-7 ATS in their last nine as an underdog, but the home team has covered the last four in this meeting. The Tigers are also 6-2 ATS in the last eight games between them played in Auburn.