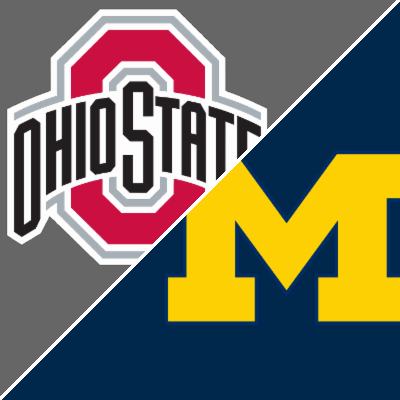 Is this finally it? Can Michigan break through and end Ohio State’s dominance in this matchup or will it be a ninth-straight loss? Recent results aren’t too hopeful, but the spread is below 10 points, so that means something. The Buckeyes were early -7.5 point favorites with an over/under of 63.5 points for the game at The Big House.

The spread has been below 13 points each of the last five meetings, but only one of them finished with a deficit less than 10 points. Michigan will try to replicate the result from 2016, which saw the game go to overtime. Most of the pressure falls to Michigan’s defense because it’s allowed more than 50 points each of the last two meetings.

Some would say the Wolverines are elite defensively and that’s what the numbers show, but playing in the Big Ten has its advantages. They’re allowing 16.3 points per game, but that doesn’t mean as much when you give up 37 points to the in-state rival, as well as 29 to a team like Nebraska. It doesn’t help that Ohio State has the best offense Michigan has seen by a wide margin this season.

That was highlighted last weekend, as OSU destroyed MSU by dropping 49 points in the first half. Ryan Daly offenses usually seem to steamroll opponents late in the season and that looks to be the case again behind a balanced group.

C.J. Stroud remains in the Heisman conversation with 36 touchdowns and five interceptions on 10.0 yards per attempt while completing 71.1% of his passes. It took him a few games to get going, but he probably put in his best performance last game and will look to carry that into this matchup. It helps having the best wide receivers in the country between Jaxon Smith-Njigba, Garrett Wilson and Chris Olave.

All three could be considered the best receiver on a lot of other teams, if that says anything. Then there’s running back TreVeyon Henderson, who has a quiet 1,098 yards and 14 touchdowns on 7.3 yards per carry.

If Michigan can stop OSU from topping 30 points, that’d be a start. However, if Stroud gets going early, it’s hard to see the Wolverines pulling an upset, even at home.

The Wolverines are averaging 37.1 points per game, but no one thinks they have an offense at the same level as Ohio State’s. They’ve struggled against better defenses, while piling on points against teams like Maryland and Northern Illinois.

They’ve been a run-first team behind Hassan Haskins and Blake Corum, but there’s a chance that doesn’t work in this matchup. While those two have been great, the Bucks are allowing 3.1 yards per carry and barely 100 rushing yards per game.

Quarterback Cade McNamara has solid numbers, totaling 14 touchdowns and two picks on 8.1 yards per attempt, but he hasn’t been asked to do much this season. So if the ground game struggles and OSU looks headed for 30-plus points, it’ll be on McNamara to keep things close and that’s a big ask for someone who hasn’t had a lot of pressure this season.

Michigan is home, but that can only take you so far. Some Michigan fans think this is the spot to break the streak and Ohio State clearly has other plans, like the CFP. The over has hit in the last seven meetings between these schools, while the Buckeyes are 9-4 ATS in the last 13 between them.