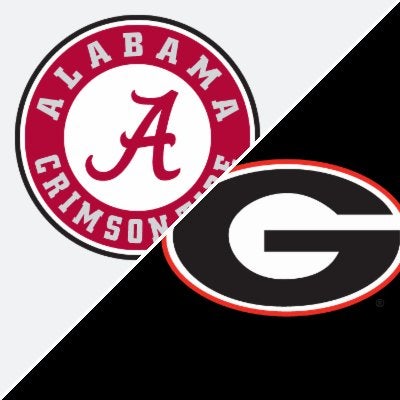 Georgia and Alabama will meet for the first time this season in the SEC Championship Game, which was favored to happen four months ago. The difference is that Georgia has been the more dominant team with an undefeated record and has a spot in the College Football Playoff no matter what happens in this game.

Alabama has a loss and may miss the CFP with another one. The Bulldogs opened are -6.5 point favorites with an over/under of 50 points for the game at Mercedes-Benz Stadium in Atlanta.

This hasn’t been a regular, dominant season for Alabama and that was seen last week when it barely got past Auburn despite being almost a three-touchdown favorite. Even before that, the Crimson Tide beat Arkansas by a touchdown and LSU by six points, those games both at home.

Georgia has had a mostly favorable schedule in the East, but it beat Arkansas 37-0 and won at Auburn 34-10 earlier in the season. The Bulldogs have won every game by at least 17 points since beating LSU 10-3 in the opener.

If Alabama had a different team name, they’d probably be closer to a two-touchdown favorite. But of course, they are Alabama and jumping that hurdle is always a problem for Georgia.

The question is if Georgia’s offense will do enough in this game. The offense has kind of been the question all season even if they’re averaging 40.7 points per contest. A lot of that is due to competition, but it’s hard to ignore that they’ve scored at least 30 points in every game since the LSU win.

Stetson Bennett started the last game at quarterback, but JT Daniels might be just as likely to take snaps in this matchup and if one struggles, that could make things even more nervy.

Bennett has played more and has better numbers on the season, averaging 10.8 yards per pass for 21 touchdowns and five picks. It hasn’t been a usually dominant ground game, but Zamir White and James Cook are doing enough and they’re averaging 5.4 yards per carry as a team.

Alabama has been stronger at stopping the run, limiting opponents to 2.4 yards per carry, so there’s a chance Bennett or Daniels will be asked to do more. If that happens, nothing is guaranteed and probably the main reason Alabama has a chance at the upset.

The best unit in this game is Georgia’s defense, which is holding teams to 6.9 points per game. They’re allowing 2.5 yards per carry and 4.9 yards per pass, which says it all. They have the best defensive front in the country and that’ll be Alabama’s main issue because its offensive line has had problems this season.

Bryce Young will be a Heisman finalist with 40 touchdowns and four interceptions on 9.3 yards per pass. However, as seen in the game at Auburn, he can be flustered and his production isn’t guaranteed after completing less than 50 percent of his passes in that game.

As for the ground game, top running back Brian Robinson is questionable to play, but that shouldn’t matter much since this is Alabama. Top receiver Jameson Williams will miss the first half because of targeting last game, but John Metchie is healthy and will be the top option in the first half.

Alabama hasn’t seen a defense like this this season and that could be what decides this game. There’s a chance Georgia struggles to move the ball itself, but it’s found a way to get points this season, sometimes thanks to the defense.

This game opened Georgia -3.5 and -4 in spots. The early bird gets the worm and those are the numbers you want if you’re backing Georgia. Obviously, the higher the number goes, the less value on the Bulldogs side.

By the same token, the higher the number goes, the more the value increases on the Alabama side. Certainly if there were ever a “live dog” it would be the Alabama Crimson Tide. One of the most dominant programs in general, in college football history and certainly over the last decade.

But this Georgia team has been special. Listed below are the yards per point numbers for these two teams.

The first number is the offense. Both very good. Slight edge to Georgia. The 2nd number is the defensive number. In all of my years doing this, I don’t recall ever seeing a team with a defensive ypp number that high. It’s literally off the charts.

Georgia’s yards per play differential is 3.3 and #1 in the country. Alabama’s number is also impressive and good for #4 in the land. But their differential is 2, a whole 1.3 yards less than Georgia’s.

Finally, our model, which takes all of this into account, says Georgia wins this game going away. Here are the predicted scores using different time frame parameters.

It’s also worth noting that while Alabama was in an overtime battle with Auburn last week and lucky to survive, Georgia was cruising to a 45-0 win over Georgia Tech and able to rest key personnel.