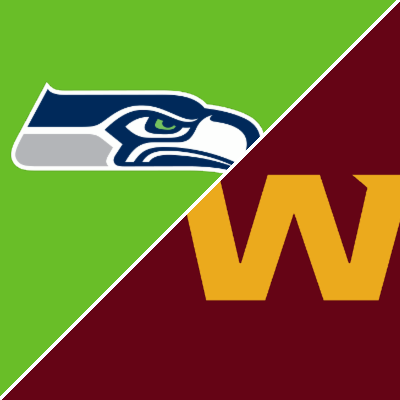 The floundering Seahawks head to the Nation’s Capital for a Monday Night NFC showdown facing a Washington team that has won two in a row.

Washington is a 1-point betting favorite in this primetime game with the total sitting at 46.5. To say the public has backed Washington would be an understatement, as they opened as a 2.5-point underdog and as of Friday are a 1-point favorite.

In their last game the Seahawks were at home and lost to the Arizona Cardinals, which was their second loss in a row and fifth in their last six games. Seattle only had 266 total yards while giving up 413 yards and that was facing Arizona’s backup QB.

Washington was on the road in their last game and they spoiled Cam Newton’s homecoming with a 27-21 win over the Carolina Panthers. The defense held Carolina to 297 yards while they had 369 yards and were legit on the ground with 190 rushing yards.

These teams met last season in Washington where the Seahawks beat the Football team 20-15. The road team is 4-1-1 ATS in the last six games between these teams.

Not Even Wilson Can Help

The Seahawks are reeling and even the return of Russell Wilson has not helped. The team has only scored 13 points in their last two games and the lone win in their last six games is the only one they scored more than 20 points.

Wilson (1,564 yards 10 TD 3 INT) has been back for the last two games after missing a few with a finger injury. However, in those two games, both losses, he passed for no TD and two INT, was sacked seven times, and did not pass for over 207 yards. He only ranks 23rdin the league in QBR and he has not passed for over 207 yards in his last four games.

The Seahawks only rank 23rd in the league in rushing yards per game and lead RB Alex Collins is listed as questionable and has only averaged 39 rushing yards over the last four games.

Washington only ranks 28th in the league in pass defense but seventh in run defense.

Washington has won their last two games with good tackling, they have run the ball well, not given up big plays, and have been getting it done in the red zone.

Taylor Heinicke (2,390 yards 15 TD 9 INT) has passed for four TD and no INT in the last two games where in each he completed over 72% of his passes.

RB J.D. McKissic ranks second on the team with 371 receiving yards and Gibson can also catch passes out of the backfield. They will be facing a Seattle defense that ranks dead last in the league in receiving yards given up by RBs.

Overall, the Seahawks’ defense only ranks 30th in the league against the pass and 24thagainst the run.

Washington is playing with confidence and they have looked more than solid in winning their last two games. On the other side of the coin the Seahawks have major issues on offense and Wilson has not looked himself since coming back from a finger injury. The Football Team will keep up their momentum and play well on both sides of the ball in this game and get the Monday win and cover.