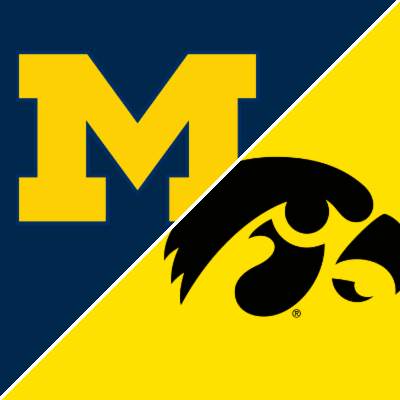 Michigan (and Jim Harbaugh) finally got past the Ohio State hurdle and now a spot in the College Football Playoff awaits. Of course, it still has to beat Iowa in the Big Ten Championship game, something many think is a foregone conclusion. The Wolverines were an early -10.5 point favorite with an over/under of 43.5 points for the game at Lucas Oil Stadium in Indianapolis.

While the East division had three teams near the top of the rankings the majority of the season, the West didn’t really have anyone near the top 10 for an extended period. Iowa is in this spot mostly because of schedule, as it avoided the top three teams in the East and somewhat luckily beat Penn State. It was dominated 27-7 at Wisconsin, as well as 24-7 at home against Purdue. The Badgers would be in this spot, but they fell to Minnesota last weekend.

Michigan lost to Michigan State a few weeks ago and all hope seemed lost, but it found a way to make it, thanks to MSU’s loss to Purdue (and Ohio State). The Wolverines haven’t been the most dominant team this season, but they’ve taken care of all mediocre competition, namely Wisconsin, a team that held Iowa to 160 total yards.

The bad news for Iowa is that Michigan may have the best defense in the conference, limiting teams to 3.6 yards per carry and 17.2 points per game, numbers similar to Wisconsin. Michigan ran through Ohio State, but its rush defense also came up big in that win, something that will give Iowa fits.

The Hawkeyes don’t have much of an offense, averaging 25.7 points per game. Spencer Petras seems to be the starting quarterback again after Alex Padilla got a shot. It doesn’t really matter since neither one has done anything positive this season.

Petras is averaging 6.5 yards per pass for nine touchdowns and six picks, completing less than 60 percent of them. This team relies on the ground game and if that doesn’t work, they’re usually in trouble. Tyler Goodson has a solid 1,101 yards and six touchdowns this season, averaging 4.6 yards per carry. In the two losses, he totaled 95 rushing yards.

The best chance for Iowa to keep things competitive is with its defense, which is allowing 3.0 ypc and 17.3 points per game. Those are good numbers, but it’s not a group that has been overly dominant, allowing at least 20 points to mediocre teams each of the last three games. Considering Michigan just ran through Ohio State, it’s hard to see Iowa doing better.

Still, there’s a chance Iowa’s rush defense steps up and forces quarterback Cade McNamara into more work. McNamara has had a few good moments, but he’s mostly a game manager, averaging 8.1 yards per pass for 14 touchdowns and three interceptions.

It’s all about the rushing attack for the Wolverines, as Hassan Haskins and Blake Corum are both above five yards per carry, combining for more than 2,000 yards and 28 touchdowns. Those two had the most trouble at Wisconsin, but everything else worked in Michigan’s favor in that game, including three Wisconsin turnovers.

If Iowa can also limit Haskins and Corum to less than four yards per carry, there is a world in which this game is close and both teams have less than 20 points. Otherwise, it’s hard to think Iowa will score more than 20 points and win. It’ll win with defense and a steady ground game that churns out first downs.

It’s really not that difficult to make a case for Iowa here. Let’s start with the obvious. The potential for a letdown for the Wolverines.

Their win over Ohio State was monumental. It was also very predictable. We played Michigan last week and even took some on the money lone personally. It was almost as if the script was already written. Harbaugh finally getting over the hump, etc. This was going to be the year as this is one of the strongest Michigan teams in tears. It was basically now or never.

But the emotion that is spent in a game like that cannot be underestimated. Now they have to get up for Iowa?!

But it’s not as if the Hawkeyes are the Little Sisters of the Poor. Iowa has a solid football team that has kept most of their opponents in check. It’s not hard to imagine a game where neither of these teams makes it out of the 20’s. In such a low scoring game, that +11 could loom large.

We’re going to play Iowa in the 1st quarter, 1st half and for the game. We think their defense keeps them in this one.