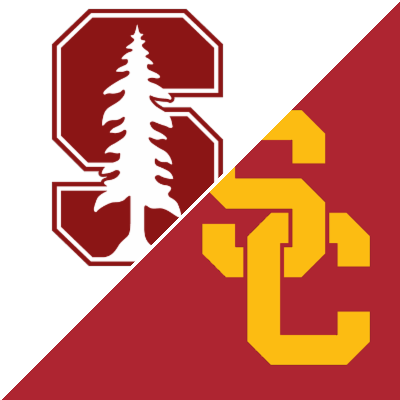 USC once again looks headed to compete near the top of the Pac-12 standings this season, while it could be another ugly year for Stanford. While they didn’t play each other last year, this matchup could go similar to the 2019 result when USC won 45-20. That’s why the Trojans were an early -17 point favorite with an over/under of 53.

There’s not much to like about Stanford following its opening game. Things were supposed to be different this season, but it looks like a repeat of last year, at least defensively. The Cardinal actually won their final four games of 2020, but that was partly because of Davis Mills at quarterback. Now, they already have a quarterback battle and Tanner McKee was named starter for this game.

McKee threw a touchdown in the opener and had better numbers than Jack West, but neither of them averaged better than 6.6 yards per attempt. The ground game was also pitiful against Kansas State, as Austin Jones totaled just 25 yards from nine carries. They couldn’t move the ball and while McKee showed some hope, that’s nothing to bet on in this matchup.

The Trojans had no issues in their opener even if it was a favorable matchup against San Jose State. They gave up some yards, but limited SJSU to just 6.7 yards per pass and 3.6 yards per rush. This defense hasn’t been elite in some time and probably won’t be elite this season, but they appear to have enough to stop what looks to be a disappointing Stanford offense.

The other side of the ball may be even more favorable for USC, as Kedon Slovis is anchored by two standout running backs. Slovis was okay in the opener and more importantly he didn’t turn it over.

If they can consistently run the ball behind Vavae Malepeai and Texas transfer Keaontay Ingram, Slovis won’t be needed to toss for 300 yards and a few touchdowns every game. Malepeai and Ingram combined for 151 yards against SJSU and will likely be the focal point again.

That’s because Stanford’s rush defense remains an issue. The Cardinal gave up 200 yards on 6.5 yards per carry in their opener, which isn’t the result you want after allowing 222 rushing yards per game last season.

This seems like a large spread between these teams, but Stanford may not have an edge on either side of the ball. The Cardinal will hope McKee is the answer at quarterback and he’ll open some things up, but it’s not like he carved up K State in his limited appearance last weekend.

To cover, the Cardinal will probably need a couple touchdowns and they’ll likely have to come via the ground game. Otherwise, this seems like a good spot for the Trojans to rack up their numbers and that could be Slovis in the passing game or the duo of Malepeai and Ingram rushing the ball.