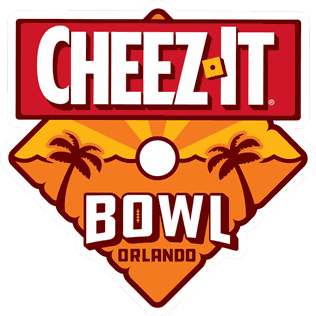 At the beginning of the season, it wouldn’t have been surprising to see Clemson and Iowa State playing in the College Football Playoff. Instead, both teams somewhat disappointed and are now playing in the Cheez-It Bowl at Camping World Stadium in Orlando. Clemson is favored by 1.5 with a total of 44.

Iowa State has a worse record at 7-5 with four of those losses coming on the road. The Cyclones had a great team on paper, but they couldn’t repeat success from prior years, as the defense took a step back and quarterback Brock Purdy didn’t get enough done offensively.

Clemson only has three losses, one of them to Georgia, but some of that has to do with playing in the ACC. The Tigers lost to NC State and Pitt, and there weren’t really any legit teams to take hold of the conference, including Wake Forest, which struggled to play defense. The Tigers won their final five games of the season, but a lot of that had to do with competition.

For the most part, it doesn’t look like either team will be missing any relevant players. The main change is that Clemson has a couple new coordinators who were promoted within after previous ones left for head coaching gigs.

Either way, there doesn’t seem to be a major advantage on either side of the ball. Clemson has better defensive numbers, allowing 15 points per game, but some of that has to do with the ACC. It gave up at least 20 points in three of the final five games and allowed less than 100 rushing yards per contest.

The Cyclones haven’t been elite offensively, but they’ve put points on the board in every game and that could be what gets them the win in this matchup. Brock Purdy has been fine, totaling 18 touchdowns and seven picks on 8.1 yards per attempt, but the offense goes through running back Breece Hall, who has 1,472 yards and 20 touchdowns.

Usually, Hall’s worst games came in losses and if Clemson can contain him, that’d be a good start. Still, Purdy has the tools to score by himself with top targets Xavier Hutchinson and Charlie Kolar still around.

The question is what ISU’s defense can do because that’s the main reason it has five losses. They have good overall numbers, allowing 3.6 yards per carry and barely 20 points per contest, but they gave up points in bunches in losses.

The general thought is that Clemson’s offense kind of turned things around late in the season and that led to its winning streak. But still, it’s not like D.J. Uiagalelei was lighting up defenses, as he finished with nine touchdowns and nine interceptions. Maybe worse is that he’s completing 54.7% of his passes on 6.0 yards per attempt. The Tigers have relied a bit more on the ground game with Will Shipley and Kobe Pace both over five yards per carry.

The Cyclones were decent at stopping the run and that’ll likely be their main goal in this matchup. If they can stop the run, it’ll be up to Uiagalelei to get things going and that hasn’t really happened all season. It wouldn’t be surprising if this was close the entire way and maybe lower scoring unless Purdy really opens things up early.

Here is the way our model sees this game

As you can see, the predicted total points goes up with each time frame parameter which reflects the Clemson offense perking up a bit down the stretch.

Teams take chances they may not take offensively in Bowl games which can lead to higher scoring games. That combined with the model suggests the over is worth a strong look in this one.