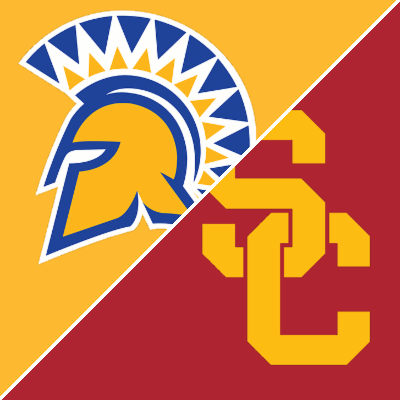 Similar to almost every season, USC has a bit of hype entering the new year. The Trojans have a Heisman contender at quarterback and are one of the favorites to win the Pac-12.

Similar to opening opponent San Jose State, they lost one game last year and are expected to be just as good. USC was an early -15.5 point home favorite with an over/under of 59.5.

There’s a lot to like about USC this season, mainly because of quarterback Kedon Slovis, assuming he wins the job ahead of the opener. He’s in a battle because his numbers fell off in his second season as the starter, averaging 7.3 yards per attempt with 17 touchdowns and seven interceptions.

Turnovers may be the main worry because he threw five interceptions in the final two games. Still, the potential is there, as well as returning talent at receiver with Drake London and Bru McCoy expected to lead the way.

Otherwise, talent is never a question for the Trojans with senior Vavae Malepeai the top option out of the backfield for now. With four starters back, the line should be better after being a problem the majority of last season.

This matchup is also a good one to start on a positive note. If all goes well, USC will hit 30 points and possibly 40. SJSU had one loss last season but it allowed at least 17 points in all but one game and most noteworthy is the 34-13 bowl loss to Ball State.

Big Step Up for San Jose

Once out of the conference, the Spartans weren’t great and they haven’t seen USC’s level of team-wide talent in a couple years, at least. While they return 10 starters to their defense, that may not matter.

Still, with a spread above two touchdowns, there’s always the chance for a cover and that’s possible because SJSU also gets back its quarterback in Nick Starkel. Formerly at Texas A&M and Arkansas, he also posted 17 touchdowns and seven picks similar to Slovis but had a better 8.6 yards per attempt.

With another year in this offense, there’s a chance this group surpasses 30 points per game. They return running backs Tyler Nevens and Kairee Robinson, the former who averaged 7.8 yards per carry, while Isaiah Hamilton is set to be the top receiver.

USC’s defense has often been a problem and that could be what keeps SJSU in contention in this game. The Trojans should have a stout secondary, but if SJSU can move the ball on the ground, that may not matter. Even then, it’s not like USC was good last season, allowing 38 points to UCLA and 30 to Arizona.

There’s also a chance this spread moves because SJSU plays Southern Utah the weekend before. If the Spartans don’t win that matchup easily, there’s a chance USC’s number gets bigger.

This is a big step up in competition, but it’s not like USC has dominated non-conference teams in past years, recently beating a different MWC team in Fresno State 31-23 a couple years ago.

Sure, we get it, USC is a big step up in class and those speedy receivers will be tough to contain. But San Jose beat #25 Boise State last season 34-20. Boise State had the #1 yards per point offense in the country last season with a ypp number of 10.4.