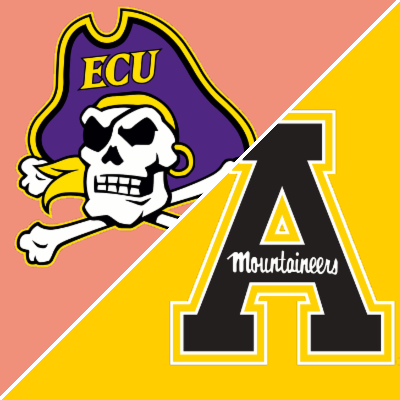 Appalachian State will host East Carolina on Thursday, September 2nd. App State opened as a -13.5 point favorite at Betonline but early action has been on East Carolina, bringing that number down to -10. The total is 57.

App State went 6-3 last season, good for 2nd place in the Sun Belt East division, behind Shawn Clark in his first season as head coach. Their 3 losses came against Marshall, Coastal Carolina and Louisiana, all winning programs in 2020.

East Carolina suffered through it’s 6th consecutive losing season in the AAC and this will be coach Mike Houston’s 2nd season. For the most part, the Pirates simply couldn’t compete against the better teams they faced. The one exception would be their final game of the season when they scored 45 points in the 1st half to beat SMU.

That 45 point 1st half explosion in their season finale last year likely has a lot to do with the 3 point line move we have seen on this game. It looks as though everything finally came together in that final game and East Carolina returns 10 starters to each side of the ball for 2021.

Our model has App State winning this game by 12, so, right around the current number. The model also sees around 62 total points being scored.

So, nothing strong here, but we’ll go opposite the line move and make a very small play on App State and another small play on over the total.