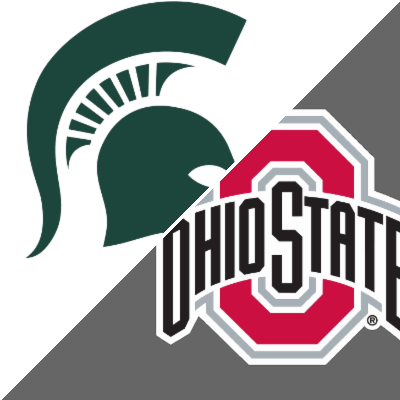 You wouldn’t know that both of these teams are 9-1 by looking at the spread. Ohio State is still deemed the class of the Big Ten and early in the week was a large -19 point home favorite with an over/under of 65.5 points for the game against Michigan State.

If the Buckeyes would’ve struggled to get past Purdue last week, there’s a chance this spread would be a few points smaller. However, after struggling to score against Nebraska and Penn State, the Bucks showed up in a big way last weekend, dropping 59 points, almost too easily. Now, against the worst pass defense in the nation by a wide margin, they are expected to hit close to 50 points again.

Michigan State is 9-1 with a bad pass defense, but that’s mainly because the Big Ten doesn’t have a ton of high-powered passing offenses. Their lone loss came against Purdue a couple weeks ago, a team that leans on its passing game. While Ohio State is probably capable of gaining yards on the ground, there’s no reason for them not to pass from the start in this matchup.

Quarterback C.J. Stroud has put up a quiet 30 touchdowns and five interceptions this season, averaging 9.8 yards per pass while completing almost 70 percent of his throws. That’s enough to put him second at most places in terms of Heisman odds.

It’s hard to see him not throwing for at least 300 yards and three touchdowns in this game with maybe the best trio of receivers in the country between Chris Olave, Garrett Wilson and Jaxon Smith-Njigba.

The Spartans are allowing 329 passing yards per game and enter this one with multiple injuries in the secondary. Running back TreVeyon Henderson is averaging 7.3 yards per carry, but it’s a wonder if they focus on the passing game the majority of the game.

The only way for MSU to cover will be on the offensive end where it’ll need at least 20 points, if not more. That’s plenty possible because the offensive end is where the Spartans have had most of their success this season, averaging 34.6 points per game.

They’ve shown multiple times they can score on quality defenses, seen in the 37-33 win against Michigan. And according to the numbers, the Wolverines are better than the Buckeyes in a few defensive categories.

Most relevant for OSU is that it allows just 3.1 yards per carry and just over 100 rushing yards per game. If they can limit Kenneth Walker III, MSU’s Heisman-worthy running back, that could be trouble for the Spartans.

Walker has been dominant, averaging 6.5 yards per carry for 1,473 yards and 17 touchdowns. But even if he doesn’t run for 150 yards and three touchdowns, they could still hit 30 points because quarterback Payton Thorne has shown big-play ability throughout the season, averaging 9.0 yards per pass for 21 touchdowns and eight picks.

Pass defense is an area OSU has struggled and if wide receiver Jalen Nailor can return from injury, that’d be a boost to MSU’s passing offense, as Nailor and Jayden Reed have been a solid one-two duo this season.

If you don’t trust Michigan State’s defense enough to pick them to cover, you could take the over and hope each offense hits more than 30 points. The Spartans are 5-1-1 in their last seven Big Ten games, while the Buckeyes are 5-2 ATS in their last seven overall. The under is 5-1 in the last six meetings between these schools and Ohio State has covered the last four.