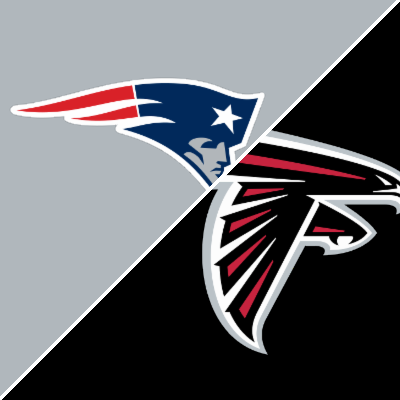 The Patriots are coming off a blowout win and head south for a Thursday night matchup against a Falcons team that was blown out in their last game.

Oddsmakers have the Pats as a 7-point road favorite in this non-conference game with the total sitting at 47.5. Public money has really been on New England, as they opened as a 5.5-point favorite and as of Wednesday are a 7-point favorite.

The hot Pats won their fourth in a row in their last game with a 45-7 beat down over the Cleveland Browns. The team dominated on both sides of the ball and rookie QB Mac Jones passed for three TD.

In their last game the Falcons were in the Big D and were embarrassed in a 43-3 loss to the Dallas Cowboys. The team was down 36-3 at the half, were less than impressive on both sides of the ball and committed three turnovers.

These teams last met in the 2017 season. The Pats are 6-0 ATS in their last six games facing the Falcons including covering in their last four against them in Atlanta.

D Getting it Done

The Patriots rank second in the NFL giving up an average of 17.7 ppg and in their last two games they have only given up 13 points.

Mac Jones (2,333 yards 13 TD 7 INT) has led the Pats and their sixth ranked offense, in terms of ppg, has six TD and only one INT in the last four games, and while the fifth QB taken in the last draft is the only one that has his team over .500.

The team has four players with at least 353 receiving yards led by Kendrick Bourne (520 yards 3 TD) who had 98 yards in the last game.

Damien Harris (547 yards 7 TD) is listed as questionable for this game and after 287 rushing yards in three games he only had 30 in the last game on 15 carries.

Atlanta’s defense was torched in their last game and on the season, they only rank 17th in the NFL in pass D and 21st in run D.

The Falcons need to forget about the bad loss to Dallas where they were they had three turnovers, were 1/11 on third down, and were outgained 431 yards to 214 yards.

The birds lack a legit WR corps, as Kyle Pitts leads the team with 606 receiving yards, RB Cordarrelle Patterson ranks second with 473 yards, and lead WR Calvin Ridley is out with an injury. Patterson leads the team with 303 rushing yards but is only averaging 3.9 yards per carry and he has a grand total of 70 rushing yards in the last three games.

New England’s strong defense ranks eighth in the league against the pass and 14th against the run.

The Pats have covered the spread in the last four games and look for that trend to continue.

New England is hot and they are coming off a huge win where Mac Jones had his best game of the season. The team is playing well on both ends of the ball and on the other side of the coin the Falcons have issues on both sides of the ball. Atlanta has talent and Ryan will bounce back but the Patriots’ D will play well and Jones will be solid again and even giving seven points on the road New England is the pick to win and cover this Thursday night.