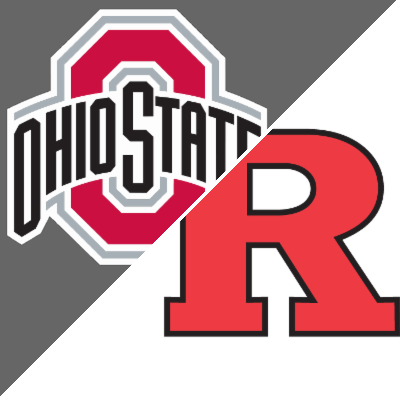 Rutgers will host Ohio State this Saturday afternoon at 3:30 pm EST. The Scarlet Knights are 15 point underdogs as of Wednesday with a total of 58 at BetUS.

Rutgers is in off of a 20-13 loss to Michigan. It was a game in which the Scarlet Knights fell behind 20-3 at the half but hung around, shutting out the Wolverines in the 2nd half while scoring 10.

Statistically, Rutgers more than competed. They had 352 total yards to Michigan’s 275 and it was a balanced attack. They won the first down battle 21 to 15 and the time of possession by 5 minutes.

Ohio State is 3-1 but they lost their most significant game of the year so far, to Oregon, at home. Their wins came against Minnesota, Akron and Tulsa. Those teams are a combined 3-8.

These teams have played just 7 times and here are those results.

Of note here is that to date, Rutgers has not been able to come close to competing with the Buckeyes. Last year it was 35-3 at the half and Ohio State then cruised to a 49-27 win.

This is troubling for Rutgers backers. We look at historical records in college football because it tells a story. It shows us the talent gaps between programs.

Often times, you’ll see matchups where teams alternate beating each other over several years in games decided by just a few points. That shows talent equality. This matchup shows talent inequality. This is not likely to change, ever.

You have to have some guts to back Rutgers this weekend. Certainly, if you look at the numbers we weight heavily, they tells us Rutgers is the side here. In fact, their numbers are among the best in the land after 4 games.

Our model also likes Rutgers. In one set of parameters that we use, our model goes so far as to predict an outright Rutgers win.

The thing you have to keep in mind though is the quality of opponent that Rutgers has faced thus far. Hats off to them for last weeks effort at Michigan. But Temple, Syracuse and Delaware were their 3 wins and unfortunately, that doesn’t tells us much.

So, we’re going to approach this game with caution simply because historically, Rutgers hasn’t belonged on the same field with the Buckeyes.

We’re going to play Rutgers in the 1st quarter and the 1st half. If Rutgers has improved significantly as their numbers suggest, they’ll at the very least be able to keep this one competitive thru the 1st half before the depth of the Buckeyes wears them down.