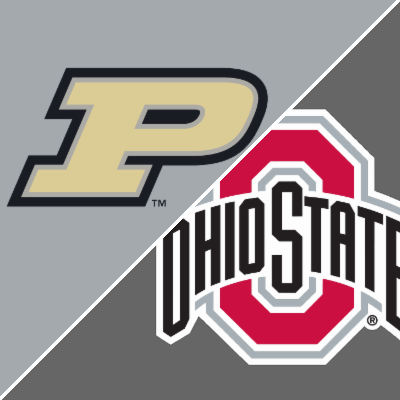 Purdue is now known as the giant killer in the Big Ten with wins over Michigan State and Iowa, but doing so in back-to-back games is another story. Ohio State hasn’t looked overly dominant this season but is still a decent -20 point home favorite with an over/under of 61 points for this one.

This spread is a bit surprising given recent results. Ohio State beat Penn State 33-24 a couple weeks ago and more recently, scratched past Nebraska 26-17. Of course, its prior three wins were all by at least 39 points, which is where the numbers for this game come from.

As for Purdue, it’s riding the high from another upset, beating Michigan State 40-29 last game. However, the last time it did that, a win at Iowa, the Boilermakers turned around and lost 30-13 to Wisconsin. Even before the Iowa trip, they lost 20-13 to Minnesota.

Is Purdue Defense for Real?

The question for this game will be if Purdue’s defense can hold up. Overall, the numbers are great, allowing 329.8 yards and just 18.4 points per game. However, a lot of that can be due to schedule, as it’s not like a lot of teams in the Big Ten have high-powered offenses. Even though they did well against MSU last game, the Boilers still allowed 29 points in the win.

There’s a chance the Buckeyes go out and score 50 points if they’re feeling it, something they’re always in play for. It’s hard to see them being completely stopped in this spot unless Purdue plays its best game of the season. C.J. Stroud seems to be boom or bust, but he’s mostly boom against average defenses.

He’s averaging 9.8 yards per pass for 25 touchdowns and five picks on the season, but only three of those touchdowns came in the last two games. The recent play of Jaxon Smith-Njigba only adds to Chris Olave and Garrett Wilson in the receiving game, which is one of the best corps in the country. And that’s before getting to running back TreVeyon Henderson, who has 937 yards and 12 touchdowns on 7.3 yards per carry.

Purdue Could Have Offensive Success

The other end is where Purdue could have success. The Bucks have a good defense, but they haven’t been overly dominant, allowing 247 passing yards per game. The Boilermakers are a pass-first team and they definitely aren’t expected to run much in this matchup. Quarterback Aidan O’Connell threw for 536 yards last game and will probably attempt 50 passes if Purdue can move the ball.

He’s averaging 7.7 yards per pass, but that number is lower because of a ton of screen passes and short plays that the offense is built for. Top receiver David Bell is the main worry for OSU, as he’s at 1,003 yards and five touchdowns for the season, hitting 217 yards last game.

The big thing for Purdue is that it has to bring it two games in a row. If it plays with the same intensity as last weekend, there’s no reason it can’t at least stay competitive and cover this game. Even if Ohio State hits 50 points, Purdue has the quality and offensive system to reach 30.

The Boilermakers are 7-2 ATS in their last nine against a team with a winning record, while the Buckeyes are 2-6 ATS in their last eight at home. The Boilers are 8-3 ATS in the last 11 meetings between these schools and the under is 8-3 in those games.