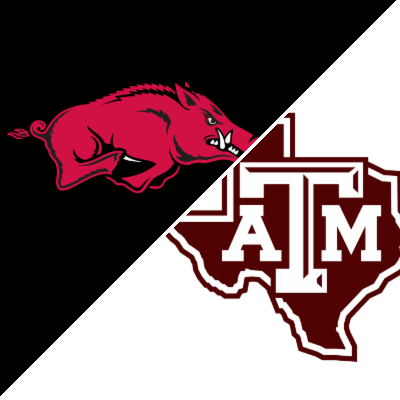 The SEC West remains the best division in college football and that’s seen in this matchup between two top-20 teams. Texas A&M was expected to be good this season and while it hasn’t been easy, they’re still a top team.

It’s a bit more surprising for Arkansas, which is living off its win against Texas. Playing at AT&T Stadium, the Aggies were early -5.5 point favorites with an over/under of 48 points.

There’s a chance neither one of these teams is as good as their current ranking, but that doesn’t matter for this matchup. A&M has arguably been the worse of the two, mainly because they barely got past Colorado, a team that followed up that game with a 30-0 loss to Minnesota.

It’s a clear warning for the Aggies, whose other wins are against Kent State and New Mexico. The Razorbacks haven’t had a close game yet and have the more impressive win against Texas, but there’s a chance that win doesn’t look like anything relevant in a couple months.

Rushing Game Will Decide It

The rushing attacks for both teams is what will decide this game unless one of the quarterbacks really steps up. Zach Calzada has suddenly taken the job from Haynes King for A&M, but that will likely be a battle all season.

Calzada led the win against UNM, but he also completed less than 50 percent of his passes against Colorado for less than five yards per attempt. No matter who is under center, the Aggies will lean on Isaiah Spiller and Devon Achane out of the backfield, as both are averaging more than six yards per carry for a combined 453 yards.

The problem is that Arkansas has been stout up front, allowing just 3.2 yards per carry. That’s also how they beat Texas because stud running back Bijan Robinson managed just 3.6 yards per carry in that game. If the Aggies can’t run the ball, this could turn into a repeat of the Colorado matchup with both offenses struggling for points.

The Hogs aren’t much better offensively, but they at least know their quarterback. KJ Jefferson has been fine, but his numbers only look respectable because of a 91-yard touchdown against Georgia Southern and then a few more long ones in that same game.

Outside of those, he hasn’t really done anything because Arkansas is just running over everyone, averaging 6.1 yards per carry as a team. Trelon Smith leads the way, but Raheim Sanders gets work and Jefferson is also at 7.5 yards per carry himself. When the running game stops working, that’s when the questions will arise.

While the Aggies have allowed just 17 points in three games, their rush defense hasn’t been overly great, allowing 162 yards per game and 4.1 per tote. Their best game was last weekend against UNM, but that doesn’t mean much. They still had issues against both Kent State and Colorado, so there’s a chance Arkansas wins this game with its rushing attack.