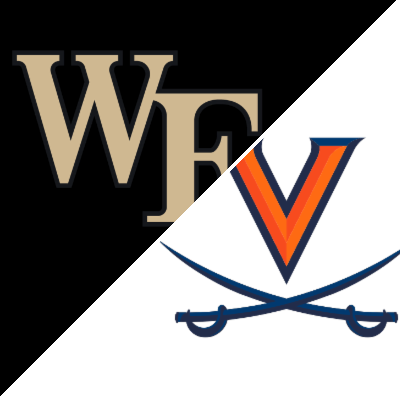 Wake Forest will play at Virginia on Friday night September 24, with the Cavs favored by 4. The game kicks off at 7 PM EST and can be seen on ESPN2. The current total is 67.

The Cavs started the season 3-0 with blowout wins over ACU, William & Mary and Illinois. Last week they led North Carolina 28-24 at the half last week but ended up losing 59-39. The good news for Virginia last week was that they had 574 yards of total offense. The bad news is that the Tar Heels had 699!

If you look back to last season with Virginia you’ll notice they had some offensive difficulty in the 1st half of the season. But the 2nd half of the year was opposite as they went through a 4 game stretch where they scored 44, 31, 55 and 43.

While a couple of their opponents were cupcakes this year, it looks as though the Cavs scoring ability has picked up right where it left off in 2020.

Wake Forest Can Move it As Well

Speaking of scoring, this Wake Forest team has hung some big numbers on the board going back to last season as well. Sure, this season they have had 3 weak opponents and we include Florida State, but this team is intact from a year ago so there’s no reason to think they’ll have any trouble finding the end zone.

These teams met last year with Wake Forest winning at home by a score of 40-23 setting up a chance for revenge for the Cavs at home under the Friday night lights.

But we just don’t trust Virginia. Their defensive performance was pathetic last week and they had several players leave the game with injuries. They were gashed on th eground and picked apart through the air.

Wake Forest has an offense that can move the ball and figures to be in this game all the way.  We’ll grab the +4 in a  game the Demon Deacons could win straight up.