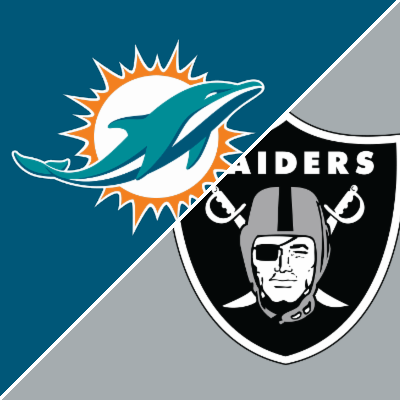 The Dolphins lost in a blowout in their last game and limp to Sin City to take on the surprising 2-0 Raiders.

The Raiders are a 4-point betting favorite at home with a total of 45.5. The public has, actually, backed the fish so far in this AFC contest, as Miami opened as a 4.5-point underdog and as of Wednesday are a 4-point dog.

In their last game the Dolphins differed their second worst home shutout loss in franchise history in the 35-0 loss to the Buffalo Bills. Tua Tagovailoa was knocked out early with a rib injury, the team had three turnovers, only gained 216 yards, and were 0-4 on fourth down conversions.

The Raiders moved to 2-0 in their last game with a 26-17 road win over the Pittsburgh Steelers. They racked up 425 yards, stuffed the run, and Derek Carr had another big game.

These teams met last season in the second to last game in Las Vegas where the Dolphins beat the Raiders 26-25. Miami is 5-1-1 ATS in their last seven games facing the Raiders.

The Dolphins need to regroup after their terrible home loss to the Bills in their last game. They had their chances but they were down early, could not convert on a few key fourth downs, and had costly turnovers in the first half.

Tagovailoa is listed as day-to-day with a rib injury and if he cannot go Jacoby Brissett, who passed for 169 yards with no TD and an INT in the last game, will get the call. Jaylen Waddle and DeVante Parker combined for 11 receptions and 90 receiving yards in the loss in Week 2.

Miami had to bail the ground game pretty early last week being down so early and that cannot happen against Las Vegas. Myles Gaskin led Miami last week with only 25 rushing yards with 18 coming on one run.

While the Raiders stuffed the run in their win over Pittsburgh in their last game they did allow 292 passing yards. Still, the run is key for Miami with Tua banged up and a struggling passing offense.

While it is only Week 3 Derek Carr may be neck and neck with Tom Brady for the top spot in the MVP race. After 435 passing yards in the opening win over the Ravens he passed for 362 yards with two TD and no INT in the win over the Steelers.

Henry Ruggs III led Las Vegas with 113 yards and a TD last week and star TE Darren Waller had 65 receiving yards. Lead RB Josh Jacobs missed the last game with an injury and is listed as questionable to face the Dolphins. teams Vegas only rushed for 52 yards in Week two and Peyton Barber led the team with 32 rushing yards only averaging 2.5 yards per carry.

The run game and the offensive line have been early issues for the Raiders but Carr has bailed them out with his great play. Miami has to pressure him and their secondary has to force some mistakes. Tall task considering Vegas is at home and playing with a ton of confidence after beating two legit teams in their first two games where they were the underdog in each one.

After only two weeks the Dolphins have major issues and many think the team should already move off of Tua. The Raiders also have concerns but they are off to a great 2-0 start with two quality wins. I look for Carr to have a solid game and while the Dolphins will not get blown out like last week, they will struggle to move the chains. In Sin City this Sunday take the Raiders to win and cover and move to 3-0.