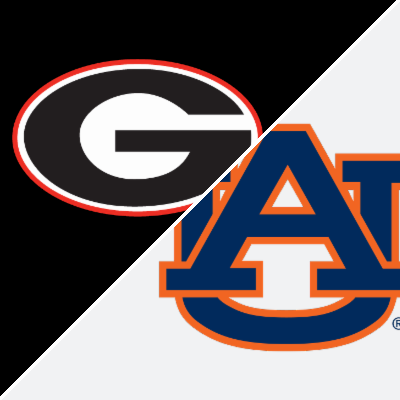 This could be a good game or it could be another SEC blowout. There was a thought that Georgia could have trouble against Arkansas and then it won 37-0. Auburn is ranked but that doesn’t tell the whole story. The Bulldogs are a -15.5 point road favorite with an over/under of 47 points.

Auburn has four wins but three of those were against weak non-conference opponents. The Tigers used 14 fourth-quarter points to beat LSU last weekend, 24-19, and it was far from pretty.

Bo Nix led the way, totaling 74 rushing yards, but he managed just 5.8 yards per pass. They beat LSU because of their dominance on both lines, though that still resulted in just a five-point win. Unfortunately, they won’t have that same kind of edge in this game.

There’s a real chance Auburn doesn’t surpass 10 points in this game, as the only advantage it has is playing at home. There’s also high-percentage chance this matchup goes the same as last season when Georgia won 27-6, albeit at home. Georgia ran for 202 yards on 4.5 yards per carry, while Auburn was held to just 39 yards on 1.8 ypc (sacks included). There’s no reason to think Auburn’s offense is any different this season.

Nix Just One TD in 3 Games

The lone positive for Bo Nix is that he still hasn’t thrown an interception. Of course, he’s failed to top 6.0 yards per pass in the last three games and only has one passing touchdown in that period.

He’s attempting a lot of passes, but he isn’t going anywhere with them. Otherwise, the offense leaned on his legs against LSU and before that, it’s been a one-two punch of Jarquez Hunter (10.6 ypc) and Tank Bigsby (5.8 ypc).

Against lesser teams, those guys are great. However, Georgia is allowing 2.3 yards per carry and a ridiculous 177.8 yards per game. Some thought Arkansas had a chance last week, but the Razorbacks totaled 162 yards and went 3-for-12 on third downs.

The lone chance for Auburn is if its defense really steps up. The Tigers have been fine defensively, but Penn State and LSU have been the only real offenses they’ve faced and even then, both are mediocre.

Georgia has been blasting teams because its offense has turned it up a notch this season, at least since the opener. JT Daniels is dealing with an injury and may not face Auburn, but that probably won’t matter. Stetson Bennett started in this matchup last season and has done enough when needed this season.

The Bulldogs scored 37 points against Arkansas and he only needed to attempt 11 passes. The big thing was that they finally got the ground game going last weekend, producing 273 rushing yards, something that struggled in the first month. If Georgia is back to normal running the ball behind Zamir White and James Cook, opponents should be scared.

This game is at Auburn, so that puts a wrench into some things, but if Georgia plays like it has the last month, there’s no reason it can’t win this matchup by 20 points again.

Auburn’s lone chance is with defense and that hasn’t been too outstanding this season. If Auburn can’t reach 10 points, Georgia only needs more than 24 to cover this spread, which seems attainable.