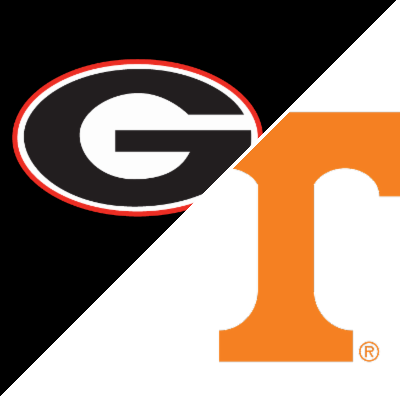 Unless something crazy happens, Georgia looks set to enter the SEC title game undefeated. A trip to Tennessee isn’t an easy win, but it’s one that should be a win. The Bulldogs opened as -20 point favorites with an over/under of 56 points.

Georgia got off to a slow start against Missouri last weekend and didn’t cover despite winning 43-6. They’ve yet to allow more than 13 points in a game this season and are scoring 38.4 per contest themselves.

Tennessee is having no problems scoring, averaging 38.2 per game, but its defense is almost the opposite of Georgia’s, at least in terms of effectiveness. The Volunteers gave up 42 points to Kentucky last game and 52 to Alabama before that. If Georgia doesn’t hit 30 in this game, it’d be an upset. The Vols are allowing more than 400 yards per game and 3.8 yards per carry, numbers that aren’t good enough against most SEC teams.

Georgia quarterback JT Daniels returned from his injury last game and will likely take a few more snaps in this contest. No matter who is under center, between Daniels and Stetson Bennett, it shouldn’t matter. Combined, the two are averaging 10.0 yards per attempt for 20 touchdowns and seven interceptions.

They aren’t great numbers but when your defense suffocates every opponent, that doesn’t matter. The running game didn’t exactly get going against Missouri but still managed 5.1 yards per carry. Zamir White and James Cook seem to be splitting a lot of backfield touches with the team averaging 4.9 yards per carry, something that should continue in this matchup.

The Bulldogs aren’t overly impressive offensively, but they have enough to win this game by a wide margin. The question is if Tennessee can move the ball better than any of Georgia’s prior opponents. The Bulldogs are best in the country, allowing a ridiculous 230.9 yards and 6.6 points per game.

There’s no question the Vols have looked like a legitimate offense this season with quarterback Hendon Hooker, but this is a different animal. Of note, the Vols scored 14 points against Florida and 24 against Alabama.

Hooker is averaging a stout 10.2 yards per pass for 21 touchdowns and two interceptions, completing almost 70 percent of his passes. He’ll likely need a good game for the Vols to score because it’s hard to see them having success running the ball versus this Georgia front.

Behind Hooker who has 457 rushing yards, the Vols have a decent rushing attack, as Tiyon Evans and Jabari Small are both over five yards per carry. The problem is that Georgia is allowing 2.6 yards per carry on the season.

There’s a chance Tennessee makes a couple big plays at home behind Hooker and gets to 20 points. But even in that case, the Bulldogs could cover if they score more than 40 points, which is more than possible. Playing at home will help, but the Vols have already lost big to better teams, so it won’t be easy to take them with a spread just under three touchdowns.