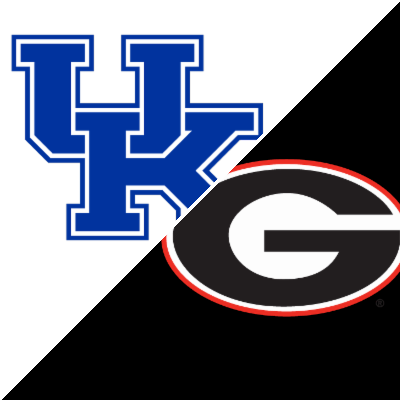 Yes, these are the last two undefeated teams in the conference. It’s not surprising that Georgia has yet to lose, but not many saw Kentucky as a threat in the SEC East, though the oddsmakers still don’t view them as a threat. The Bulldogs were early -23.5 point home favorites with an over/under of 44.5 points.

This game could be similar to last season when Georgia won 14-3 in an ugly offensive game. The teams combined for just 222 passing yards, while both had some success on the ground. Maybe the only difference this season is that Georgia has shown more explosiveness, hence the 39.8 points per game.

After a couple big wins against Arkansas and Auburn, this spread was likely pushed up because Georgia keeps covering. The ground game may not be the best in the country, but Zamir White is averaging a steady 5.0 yards per carry with backups James Cook and Kendall Milton at similar numbers.

The biggest thing has been the quarterbacks, as Stetson Bennett actually has better numbers than the injured JT Daniels. While the Bulldogs still prefer to run the ball, they’re getting multiple long plays in the passing game in almost every contest.

That’s the main thing Kentucky will work on stopping, allowing just 305 yards and 17.5 points per game. They’ve been good, but beating up on South Carolina, Florida and LSU isn’t the most impressive thing in the world. To cover this game, UK may need to keep Georgia within that 20-to-30-point range.

Offensively, the Wildcats aren’t much different than prior seasons. Penn State transfer quarterback Will Levis has fine numbers, but he’s not attempting a ton of passes en route to 8.4 yards per attempt.

Those numbers are all that’s needed when the Wildcats are averaging 5.5 yards per carry. Chris Rodriguez leads with 759 yards and five touchdowns on 6.3 yards per carry, while Kavosiey Smoke and Levis do the rest. The passing game is also kind of plagued by Levis only throwing to one person, as Wan’Dale Robinson has 37 receptions from Levis’s 80 completions.

Georgia may have the best defense in the country and is allowing just 2.2 yards per carry, something that doesn’t scream success for Kentucky’s run-first approach. The Bulldogs gave up 10 points last week, which is 10 more than they gave up the prior two games combined. Even worse is that UK has scored just three points in the last two meetings.

Now that the spreads are increasing for Georgia, it’s getting harder to bet them on bigger numbers. At around three touchdowns, this is a tricky number because if Kentucky gets a touchdown, that means Georgia will need at least 31 points to cover. That’s not impossible, but they’ve been in the 30s against good defenses.

The Bulldogs are 6-2 ATS in the last eight meetings between these schools, but the Wildcats are 19-6-1 ATS in their last 26 against a team with a winning record.

It’s extremely rare to see an undefeated team, in a huge conference matchup, with sound numbers statistically, show up as a 23 point underdog. Almost shocking. And yet, literally every way we have of making a number on a college football game says that line is spot on.

With that said, we can’t help ourselves here. We’ve made a living off of betting solid underdogs in big spots for 30 years. It’s a tall task for sure. On the road in a hostile environment and Georgia is super good.

The added motivation and disrespect shown to Kentucky with this high number can only help. Also, it’s not as if Kentucky is a paper tiger, beating up on cup cakes. They beat a pretty good Florida team a couple of weeks ago. The same Gator team that lost to Alabama by just 2.