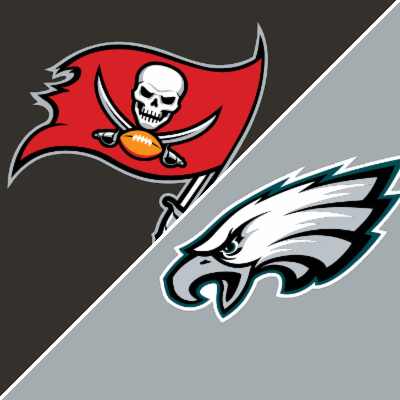 The Eagles snapped their three-game losing streak in their last game and on Thursday night host the defending champion Buccaneers, who have won two in a row.

The Underdog is 6-2 ATS in the last eight meetings between these two teams but they have not faced each other since the 2018 season.

In their last game the Bucs won bragging rights in the Sunshine State laying a 45-17 beat down on the Miami Dolphins. Tampa got off to a slow start and were down 10-7 after the first quarter but got on a roll and outscored Miami 35-7.

The Eagles were on the road in their last game and beat the Carolina Panthers 21-18. Philly came back from a 15-3 deficit and Jalen Hurts rushed for two TD in the second half.

The GOAT and Defense Do the Trick

In their win over the Dolphins Tom Brady passed for 411 yards with five TD and no INT and the Tampa defense shut down the Miami offense in the second half.

Brady leads the NFL in passing yards and TD and he has not been picked off in the last four games. He had a huge game against Miami even playing with a thumb injury.

Mike Evans has over 100 receiving yards in two of his last three games and he, Chris Godwin, and Antonio Brown each have at least 325 receiving yards.

The passing offense for Tampa Bay ranks first in the league while their rushing offense only ranks 26th. However, they rushed for 121 yards in the win over the Dolphins and Leonard Fournette rushed for 67 yards and a TD.

Philadelphia ranks third in the NFL in pass defense but only 30th in run defense. They have 11 sacks on the season and even with a legit secondary if they cannot get to Brady they may be in for a long night.

Hurts Puts the Hurt On

Jalen Hurts did not have a big game against the Panthers in the last game but his two rushing TDs were key, as was the Eagles’ D that held Carolina to only three second-half points.

The Eagles only rushed for 91 yards in the win over Carolina and they need to run the ball against the Bucs to keep the GOAT on the sidelines. Miles Sanders leads the team with 214 rushing yards but in the last three games has only rushed for 85 yards. Rookie DeVonta Smith leads the team with 314 receiving yards and he has 199 of them in the last two games.

Tampa Bay ranks first in the NFL in run defense but dead last in pass defense. Can Hurts take advantage of that? Big question.

The Bucs have failed to cover the spread in seven of their last eight Thursday night games but that trend will not continue.

Brady has an injured thumb but had one last week and still passed for over 400 yards with five TD. Philly does rank third in the league in pass defense but in the two games before the last one played good passing teams in the Chiefs and Cowboys and lost both games giving up 83 points. Brady and the Tampa D, which has only allowed 17 points in each of the last two games, will get it done, again, and Tampa Bay will win and cover the TD spread.