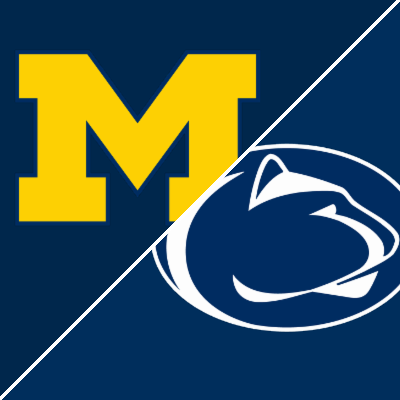 Michigan isn’t out of the College Football Playoff just yet, as it still has a home game against Ohio State on the schedule. Of course, that won’t matter if it loses at Penn State this weekend. Playing at home, Penn St was a -1 point favorite with an over/under of 48.5 points.

This spread may seem strange to some, but Penn State has been competitive in every game this season even with three losses. The home loss to Illinois stands out, but it came between trips to Iowa and Ohio State. Now, all eyes should be focused on this matchup, as it’s the team’s last big home game of the season (Rutgers is next week).

The Nittany Lions won this matchup 27-17 last season, but it’s hard to take that result into account. No matter what happens, this one is expected to be close. Michigan’s defense ranks with the best in the country, but Penn State has been able to move the ball on everyone, from Auburn and Iowa to Ohio State.

That’s because quarterback Sean Clifford is doing everything he can to win games, averaging 7.6 yards per pass for 16 touchdowns and six picks. He doesn’t have amazing numbers, but it’s been enough to move the ball despite the team averaging 3.2 yards per carry  behind running backs Noah Cain and Keyvone Lee. Receiver Jahan Dotson may be the most important skill player in this game, as he’s totaled a ridiculous 22 catches for 369 yards the last two contests.

Michigan is allowing less than 300 yards and 16 points per game, but some of that has to do with competition. Their rush defense collapsed in the loss to MSU and then they gave up almost 300 passing yards to Nebraska. Playing at home, Penn State should score at least 20 points, or at least enough to have a chance to win.

The other end will be intriguing, as well, because Penn State’s defense has been just as good, allowing 16.7 points per game and 3.6 yards per carry. That rush defense could be what decides this matchup, as it’s how Michigan has won almost every game this season.

Hassan Haskins and Blake Corum have been a dominant duo out of the backfield, though Corum injured his foot last game. Either way, they’re averaging 5.3 yards per carry as a team for 26  touchdowns, which says it all.

Quarterback Cade McNamara was only asked to air it out in the game against Michigan State and everyone has had success against that pass defense. Otherwise, McNamara is averaging 8.0 yards per pass for nine touchdowns and two interceptions. If Michigan isn’t averaging five yards per carry, it’ll again be up to McNamara to put points on the board, something that may not work against better defenses.

Score Predictions from our model

As you can see, the model expects a low scoring game. We agree. We’re going to play under 48.5 and also slightly lean towards Penn State to win.