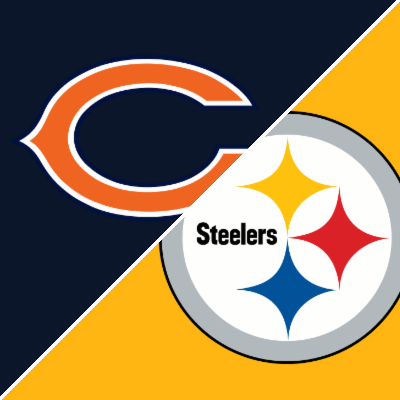 This is a Monday night matchup in Pittsburgh is between two teams heading in different directions, as the Steelers have won three in a row while the Bears have lost three in a row.

The Steelers are a 6.5-point home favorite in this non-conference matchup with a total of 39. While the total has gone down a point since opening the spread has not changed as of Friday.

In their last game the Bears dropped their third in a row with a 33-22 loss to the San Francisco 49ers. The Bears ran the ball well but, no shock, they had issues in the passing game and the defense gave up 467 total yards.

The Steelers were on the road in their last game and extended their win streak with a big 15-10 win over the Cleveland Browns. The defense came up with big plays, forced the game’s only turnover, and held Cleveland to 3/10 on third down.

The Bears do rank a respectable tied for 12th in the league in points allowed (24.4 ppg) but in their three-game skid have given up an average of 31.7 ppg. That will cut it since the team ranks second to last in the NFL averaging 15.4 ppg.

Justin Fields has nor shined as a rookie, to say the least ranking 33rd in the league in QBR. He has two TD to go with five INT in the last three games and in each he was sacked four times. However, he did rush for 103 yards in the last game but the pass game has not been there for him.

While the Bears rank dead last in the NFL in passing yards per game, they rank sixth in rushing yards per game. Rookie Khalil Herbert (351 yards 1 TD) has taken over the roll of the lead RB and he has rushed for at least 72 yards in each of the last four games.

Pittsburgh ranks 13th in the NFL in pass defense and 12th run defense and they held the Browns, who rank first in rushing yards per game (161.1) to only 96 yards in the last game.

Watch Out for the Steelers

After writing off the Steelers after a 1-3 start the team has won three in a row and is 4-3 and in the playoff picture.

Ben Roethlisberger (1,781 yards 8 TD 4 INT) is listed as questionable for this game but did practice this week and will likely play on Monday night. He only ranks 28th in the league in QBR and has not put-up big numbers but in the last three games has four TD and no INT.

One of the main reasons for the Steelers turnaround is the play of rookie RB Najee Harris (479 yards 3 TD). While he is only averaging 3.7 yards per carry, he has given the Pittsburgh a good ground game, which they have not had for the last couple of seasons. In his last three games Harris has averaged 98 rushing yards per game.

Diontae Johnson and Chase Claypool are the top two WRs with each having over 400 receiving yards. The Bears’ run D will be vital in this game but Big Ben has shown he still has some gas left in his tank.

Chicago’s defense has struggled in the last three games and on the season ranks 11th in the NFL in defending the pass and only 24th in defending the run, which is not good in this primetime game.

The Steelers are rolling while the Bears are reeling. The Steelers are not a high scoring team and are giving 6.5 points but they are still the pick. Harris has played well after a bad start to the season and will face a Chicago run defense that has struggled.

Fields will not get any better in this game and while he may run the ball well, he will not push the ball down the field with his arm. Big Ben will be ok but the Pittsburgh defense and Harris are the reasons the team will win their fourth in a row and cover the spread.