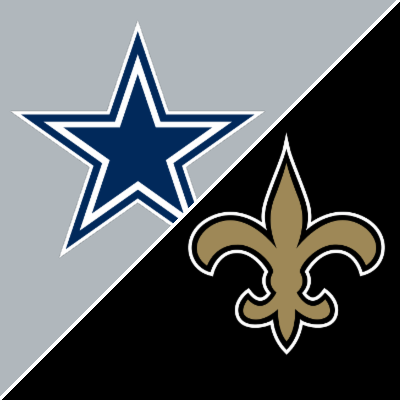 On Thursday night primetime in the Big Easy the reeling Saints play host to the Cowboys, who have lost two in a row.

Oddsmakers have the Cowboys as a 4-point road favorite with the total sitting at 47.5. Surprisingly, the public has backed New Orleans in this NFL clash, as they opened as a five-point underdog and as of Tuesday they are a 4-point dog.

In their last game the Cowboys were at home and lost to the Las Vegas Raiders 36-33 in OT. The Raiders came into the game losers of three in a row and while the Dallas offense was solid their defense was not giving up 509 total yards and they were penalized 14 times for 166 yards.

The Saints lost their fourth in a row in their last game where they were at home and were crushed 31-6 facing the Buffalo Bills. New Orleans failed to show up on offense with only 190 total yards and only had a grand total of 44 rushing yards.

These teams last met in the 2019 season. The Saints are 4-1 ATS in their last five home games facing America’s Team.

The Cowboys have lost two in a row and three of their last four games and they do not have one issue but a few. Their run game has been bad for the last few games, they have given up at least 30 points in two of their last three games, and they have several coaches out, including head coach Mike McCarthy, for the Saints game due to COVID-19.

Dak Prescott (2.932 yards 22 TD 7 INT) has been playing pretty well despite the losses but has gotten little help.

Lead WR CeeDee Lamb (740 yards 6 TD) missed the last game in concision protocol but practiced this week and should go against the Saints. Amari Cooper (583 yards 5 TD) has missed the last two games due to COVID-19 but is also expected to return to the field on Thursday.

Dallas may have a hard time getting their run game on track facing a New Orleans run defense that ranks third in the NFL. However, Prescott looks to have a big game facing a Saints pass D that only ranks 23rd.

Saints have Major Issues as Well

The Saints have lost four in a row and are winless since Trevor Siemian replaced the injured Jameis Winston at QB. He has had slow starts in every game and in the loss to the Bills on Thanksgiving was 0-6 on third downs in the first half and only passed for 163 yards with a TD and a pick. While head coach Sean Payton has not named a starter for this game it is expected that Taysom Hill will take over under center.

In the bad turkey day loss to the Bills both Alvin Kamara and Mark Ingram II missed the game due to injuries. Kamara has missed three games and he has been sorely missed and may come back against the Cowboys but will not be 100%. Ingram practiced this week and is expected back for the Thursday game.

With an uncertain QB and RB situation New Orleans has to play good defense but they have given up 71 points in their last two games and an average of 30.3 ppg during their four-game skid.

The Dallas D was torched in the last game and on the season they rank 27th in the NFL against the pass and 13th against the run.

The home team is 5-0 ATS in the last five meetings between these teams but that trend will, definitely, not continue.

The Saints are a mess losing four in a row, they have big QB issues, and while their top two RBs should play they are banged up. On top of that their defense has been bad in the last two games. While America’s Team has issues as well, they are still in first place in the NFC East and have a healthy QB. That signal caller in Prescott will have a good game, as will the Dallas defense, which will keep New Orleans in check no matter who is under center. I look for another bad loss for the Saints, which is why the Cowboys are the pick to win and cover.