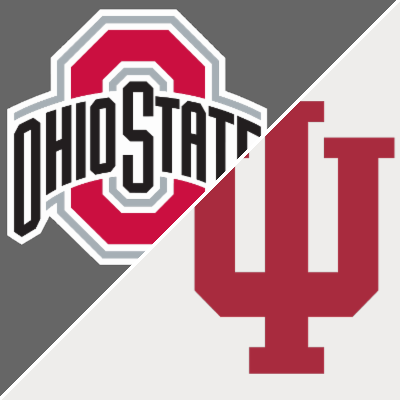 It’s almost looking like another classic Ohio State season in which it loses a game early in the season and then runs the table the rest of the way en route to the College Football Playoff.

The Buckeyes haven’t faced much competition since losing to Oregon, but they’re easily taking care of teams, something that didn’t happen earlier in the season. They were early -20 point road favorites with an over/under of 60 points for the trip to Indiana.

The Bucks are coming off a bye, so they got an extra week to hear how they’re still the class of the conference after taking down Maryland and Rutgers. There are still questions about them, but they appear to be dominant again, assuming those wins aren’t because of schedule. Then again, Indiana isn’t as good as projected and enter this one at 2-4.

The Hoosiers have had a tough schedule, but they haven’t made things easier on themselves. They could’ve beaten Michigan State last week, but it wasn’t meant to be in a 20-15 loss. Their defense was the main thing that stood out in that game and could be a reason they stay competitive in this one.

The Hoosiers have fine overall numbers, allowing 3.9 yards per carry and 209 passing yards per game, but their offensive problems have also led to shorter fields for opponents, something that could again be the case in this matchup.

Based off their last two games, it seems like Ryan Day has Ohio State’s offense rolling again. Despite having a slow start, C.J. Stroud already has 18 touchdowns (10 last two games) on 10.8 yards per attempt.

Looking at those numbers, you wouldn’t know about some of the early issues they’ve had. And that doesn’t include another dominant rushing attack with TreVeyon Henderson seemingly taking the starting gig now with 612 yards and nine touchdowns on 8.7 yards per carry.

As a team, they’re averaging 6.2 yards per carry. Throw in two of the best receivers in the country in Chris Olave and Garrett Wilson, and it’s easy to see how this offense could get going against anyone.

If Ohio State is back to normal, it should have no problem hitting 40 points in this game. If on the same level as earlier in the season, they’ll struggle to move the ball and it may take four quarters to hit the 30-point mark. Either way, with a 20-point spread, Indiana will need to score more than it has been.

It doesn’t look like quarterback Michael Penix will return for this game, which doesn’t help and is probably the main reason Indiana only scored 15 points last week. Jack Tuttle had some good drives, but he ended last week’s game against a bad MSU secondary with 3.6 yards per pass from 52 attempts, totaling no touchdowns and two interceptions.

The Hoosiers will probably give Stephen Carr a decent amount of carries, but that’s not expected to keep them competitive in this game. If Tuttle remains at quarterback, there’s a chance they struggle to reach 10 points against a tougher defense, similar to when they were shut out against Penn State.

This isn’t the same Indiana team from a season ago and it seems like the only way for them to cover is through its defense. That may work, but betting on a team to stop Ohio State usually doesn’t end well, especially if the offense struggles to score.