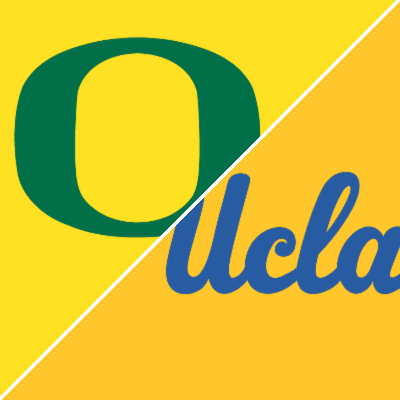 It’s been another disappointing season for the Pac-12 in which no one separates itself from the rest. Oregon is ranked 10th in the AP Poll, but it’s an underdog at UCLA, which says everything. The Bruins were -2.5 point home favorites with an over/under of 59 points early in the week.

These teams battled in a shootout last season with Oregon winning 38-35 at home. UCLA probably outplayed Oregon overall but a couple interceptions was what Oregon needed to get the win. Of course, that was a long time ago with different quarterbacks.

The Ducks are ranked high because of their win against Ohio State, but they already lost at Stanford and had trouble getting past Cal last weekend. They don’t do anything overly well, which is the main reason they’re an underdog in this spot. The Bruins are coming off back-to-back road wins against Arizona and Washington, but they lost by 19 points at home to ASU before that.

While these teams are averaging similar point totals, UCLA arguably has been better and more consistent. Dorian Thompson-Robinson is the main reason for UCLA having the edge, as he’s thrown 13 touchdowns and only two picks on 8.5 yards per attempt to go with 329 rushing yards and five more touchdowns.

Still, the offense lives by the ground game, which has Zach Charbonnet and Brittain Brown both averaging 6.4 yards per carry and combining for almost 1,200 yards and 11  touchdowns. As long as those guys find room to run, Thompson-Robinson will throw touchdowns and that’s worked against most competition.

The Ducks have some playmakers on the defensive side, but they’re allowing an average 3.7 yards per carry and more than 400 yards per game. For the most part, they’ve been solid, but they also couldn’t completely contain Stanford and that may be the case here. As long as UCLA gets to 150 or so rushing yards, that may be enough to control this game.

That’s because Oregon’s main issue this season has been a lack of firepower. Transfer quarterback Anthony Brown simply hasn’t been asked to do much, averaging 7.9 yards per pass for seven touchdowns and one interception to go with 242 rushing yards and five touchdowns.

Similar to UCLA, Oregon focuses on the ground game with Travis Dye at 6.7 yards per carry and combined with CJ Verdell, they’re just above 900 rushing yards and 10 touchdowns. For the most part, that’s been enough for Oregon to stay in games and get wins, but as seen against Stanford, it doesn’t always work.

Also, UCLA has been slightly better against rush, limiting opponents to just 3.0 yards per carry and 91 rushing yards per game. If UCLA’s defensive front wins this matchup, Oregon will need Brown to make plays through the air, something that hasn’t consistently happened this season.