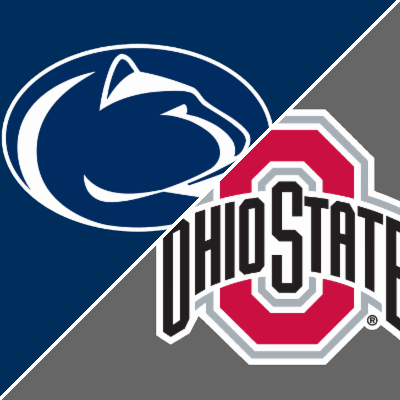 Ohio State will host Penn State Saturday night in prime time in a game that kicks off at 7:30 PM EST. The Buckeyes opened as -16.5 point favorites and bettors felt that wasn’t high enough. The action has been on Ohio State all week pushing the number to as high as -19 in a spot or two. The total is 60.

The Buckeyes sit at 6-1 overall and 4-0 in conference play. Obviously they are in good shape in terms of the Big 10 title but they are also still in the picture as far as the college football playoff, if they keep winning by large margins.

Penn State finds themselves at 5-2 overall but just 2-2 in conference play. They have their work cut out for them if they hope to be playing in the Big 10 title game but all three of the teams ahead of them in the standings are still on their dance card, Ohio State, Michigan and Michigan State.

We included the history between these two programs going back 10 years. This is to illustrate the number of close games in the series, particularly that last few years. This is significant in that Penn State knows they can compete here. There’s no intimidation factor. That +18.5 point spread will only serve as additional motivation.

We can certainly bring up schedule strength, or lack of it, for both teams. After all, it’s the Big 10. They get the same knock every year and it’s valid. Doesn’t mean the teams aren’t good. They can’t help who they play.

But with that in mind, and considering that Ohio State seems to score 55+ every game, we need to consider who those points were scored against. Tulsa, Akron, Rutgers, Maryland and Indiana for instance. Not exactly defensive juggernauts.  Against teams with a pulse, they beat Minnesota by 14 and lost at home to Oregon.

Penn State isn’t exactly lighting up scoreboards, but Auburn, Iowa and Wisconsin are all better defensively than any team Ohio State has played this year.

Many will point to the loss to Illinois last week and suggest this Penn State team isn’t very good. But it was a classic look ahead loss and gives us some more value this week on the Penn State side.

We think you’ll see Penn State leave it all on the field this week. We’ll gladly take +18.5 in this spot with the Nitanny Lions. It’s a tall order, on the road, but we think they stay well within the number here.