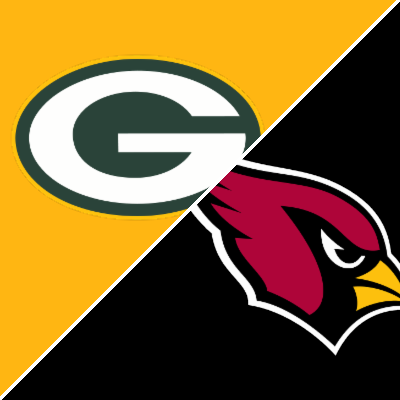 For a change the best game of the week may be the first one on Thursday with the red-hot Packers heading to the desert to take on the lone undefeated in the league in the Cardinals.

In their last game the Packers won their sixth game in a row with a 24-10 home win over the Washington Football Team. They did not have the best offensive performance and were outgained by over 100 yards but held Washington to three points in the second half and kept them 0/4 in the Red Zone.

The Cardinals were at home in their last game where they stayed perfect in a 31-6 rout over the Houston Texans. While the team scored 31 points the defense was the main star holding Houston to a grand total of 160 yards.

In their win over Washington in their last game the Packers were outgained 430 yards to 304 yards and only rushed for 57 yards but they made the big stops when it mattered. On top of that Washington made mistakes over and over when they were deep in Green Bay territory.

Aaron Rodgers ranks third in the league in QBR and while being sacked three times in the last game, he passed for 274 yards and three TD with no INT.

The big question for the Packers is can they win without Adams? He is unlikely to go in the Thursday night game, ranks third in the NFL with 744 receiving yards, and no other player for Green Bay has over 186 receiving yards.

RB Aaron Jones is the second leading target for Rodgers out of the backfield with 186 receiving yards but only had 20 of them in the last game where he only rushed for 19 yards on six carries.

While Kyler Murray is getting most of the press for the Cardinals they rank first in the league in points allowed per game and rank third in passing defense and 18th in rushing defense.

Are the Cardinals for Real?

Yeah, the Cardinals are undefeated and have been solid on both sides of the ball but are they a legit Super Bowl contender? This game was though to be a litmus test for them but now they face Green Bay without their big-play guy in Adams.

Kyler Murray is still the frontrunner for the MVP ranking fourth in the league in passing yards and QBR and has 10 TD and only one INT over his last four games.

DeAndre Hopkins, Christian Kirk, and A.J. Green all have over 400 receiving yards and Chase Edmonds and James Connor each have at least 336 rushing yards.

Arizona has only played two close games this season and in their last two games have outscored their opponents 78-19.

Green Bay gave up 430 yards in the win over Washington and while they rank a legit sixth in the league in pass defense only rank 22nd in pass defense. The team has 18 sacks through seven games and they have to contain Murray and keep the birds from racking up the rushing yards, which they could not do last week giving up 195 rushing yards.

The Cardinals are good but I am not ready to put them above the Packers even with Adams out. I look for Rodgers to make a statement coming out big in this game without his main weapon and the Green Bay defense will keep Murray from having a huge game.

However, the Cardinals will have a good ground game and they will make some big plays on the offensive side of the ball. Arizona may get the win but Rodgers and company will keep it close, which is why I am taking the Packers to cover the spread.